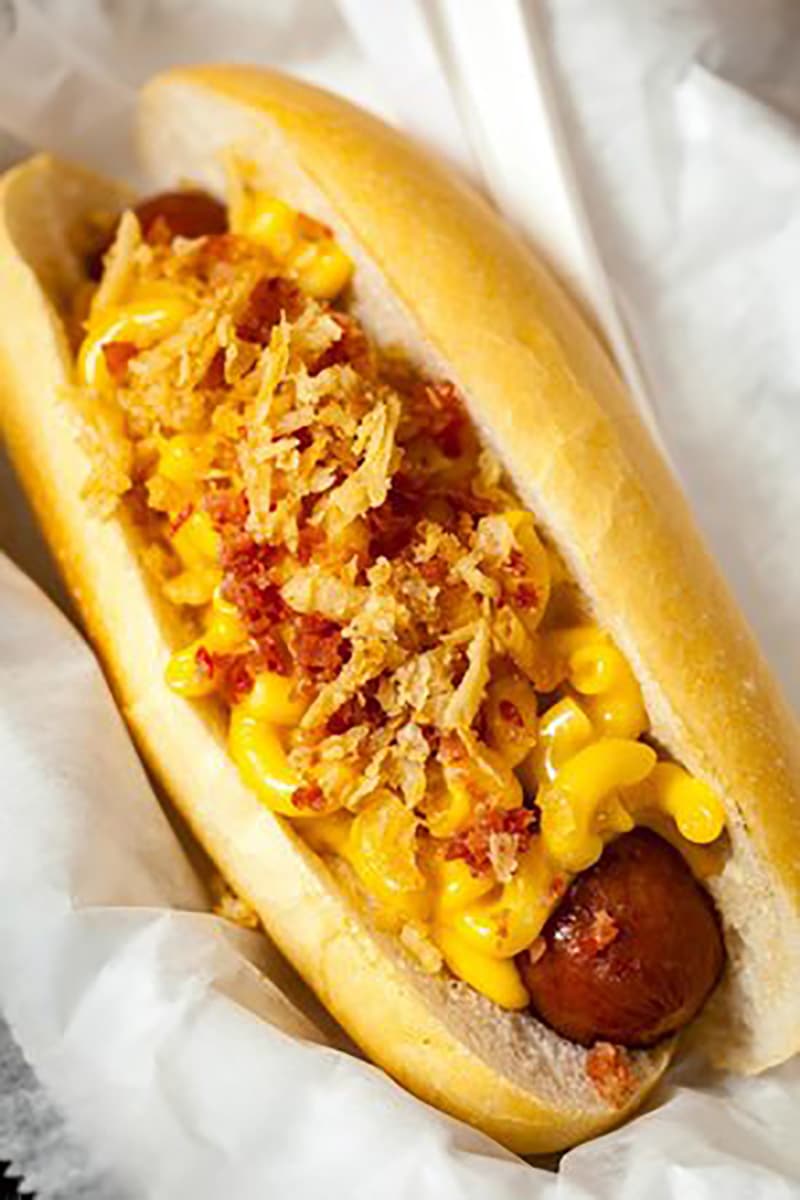 Posted at 11:31h in Follow Your Fork by Jada Smith 0 Comments
0 Likes

The art of the remix is often more complex than it gets credit for. For artists in the culinary community, it’s more than adding new sauces and seasonings to well-known dishes. It’s a literal and metaphorical transformation that alters a meal’s DNA, turning it into something that relates to its origins while signaling a new future on the horizon.

Though often unrecognized, Black chefs have often been at the forefront of America’s culinary innovations, remixing staple dishes and shifting our perspective on “All-American” food. From wings packed with more than just seasonings to funnel cakes that transport your taste buds to an Afro-futuristic amusement park, these restaurants are casually dishing out new takes on classic culinary experiences. But no matter where their creativity takes them, community is always a main ingredient.

“The community means everything to us. It’s what drives our business because we’re in a small neighborhood,” says Steve Ewing of Steve’s Hot Dogs in St. Louis, Mo. “The work is from the inside out and the same community is the people who have kept us in business when times get rough.”

Check out the list below for more Black-owned restaurants that are pushing culinary boundaries around the nation.

At this St. Louis staple, the common hot dog becomes a fusion of the Diaspora’s culinary flavors and traditions, pushing the boundaries of what a link can look and taste like. From the soul-inspired Gorilla Mac N’ Cheese dog to the Backyard BBQ dog — topped with baked beans, potato salad, bacon and BBQ sauce — to the jerk-inspired Bacon Bacon Jamaican, the recipes might inspire you to try some new culinary experiments on your own. In the spirit of community, there’s enough hot dogs to go around, specifically through the business’ #FeedThePeople program that started near the advent of the pandemic in April 2020. Steve’s Hot Dogs, which once started as a hot dog cart, delivered food to frontline workers, packed lunches for school children, and fed families who lost jobs, all in the name of rallying the community at large for an impactful cause. 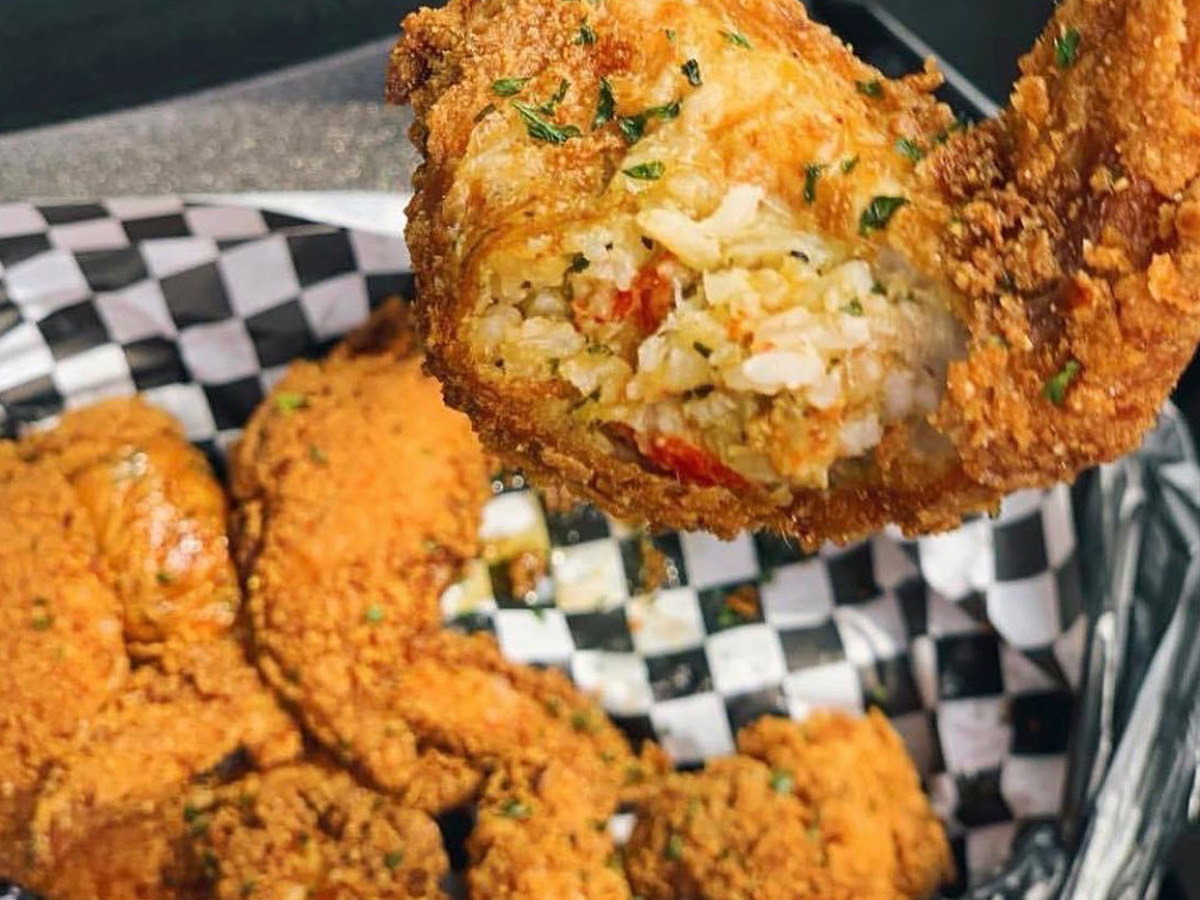 It’s a must that you order a side or two with any order of wings. But what if your sides came stuffed inside the wings? For this Houston-based food truck, frying wings felt like a “been there, done that” bout of deja vu. Throughout several taste tests and ingredient pairings, STUFF’d Wings owner Jarrod D. Rector came up with the idea of packing chicken wings with an array of protein options, including pork or beef Boudain, seafood Boudain, or even Mac N’ Cheese. Let their different take on wings add some flair and creativity to your next Super Bowl party or baby shower spread.

The Missing Brick – Indianapolis, IN 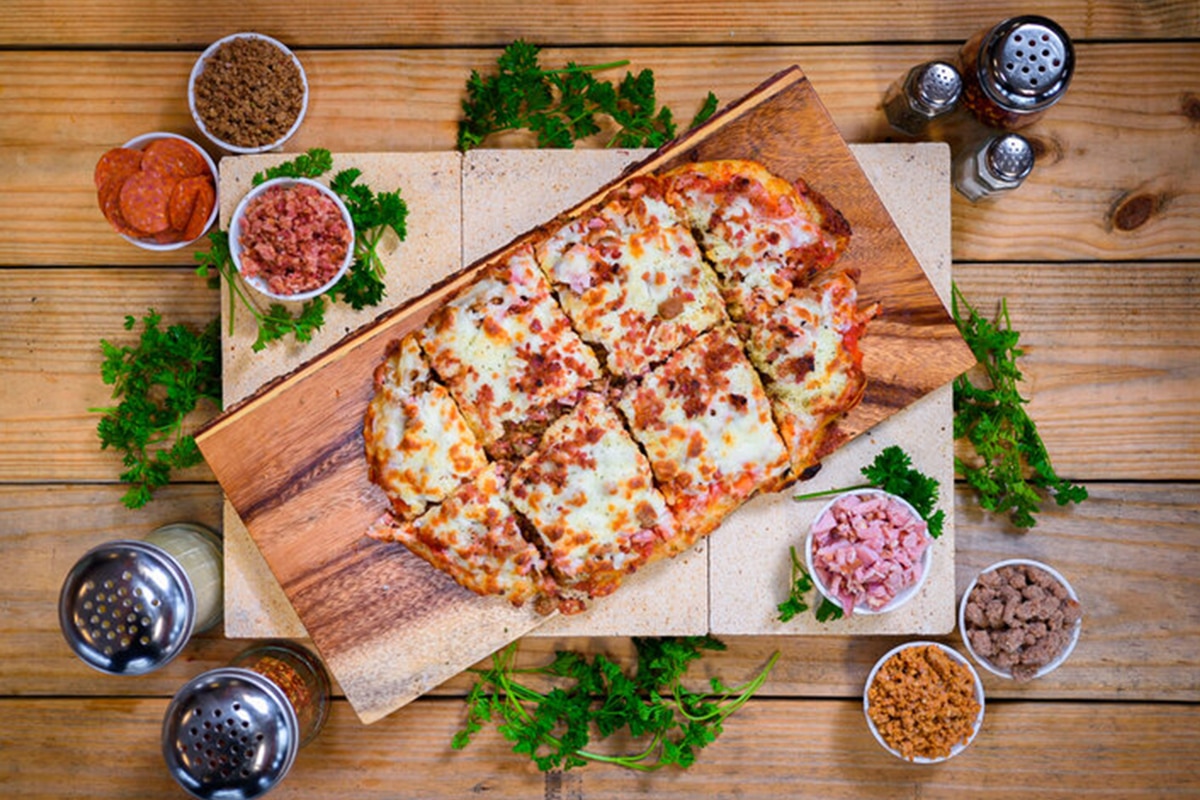 Breaking bread with family and the surrounding community takes on new meaning at Indianapolis’ The Missing Brick. The family-owned pizzeria remixes the meals you would find on Sunday dinner tables to create one-of-a-kind pizzas. Inspired by dishes like BBQ ribs and lasagna, the names of the pizzas are just as eclectic and hip-hop rooted as the slogans found throughout the restaurant’s website. From “8 Ball” to “OG” to “The Trap Pizza,” each dish has its own personality. It’s no surprise that it was voted one of Indianapolis Monthly’s Top 40 Restaurants in 2020. If “smell-vision” existed, then Tastebuddz ATL would leave you in a state of salivation. There’s no need for a social media filter to entice customers to try this restaurant’s dishes. Known for serving up a bed of seafood delicacies like shrimp or lobster in a carved-out pineapple, Tastebuddz makes the dining experience exciting and unique for a family outing or a solo date night. Ordering a sandwich? Then you’ll be able to snap a pic of your branded bun that sometimes features the image of a pineapple or the common phrase “So Atlanta,” all in the name of engaging with the restaurant’s digital community. 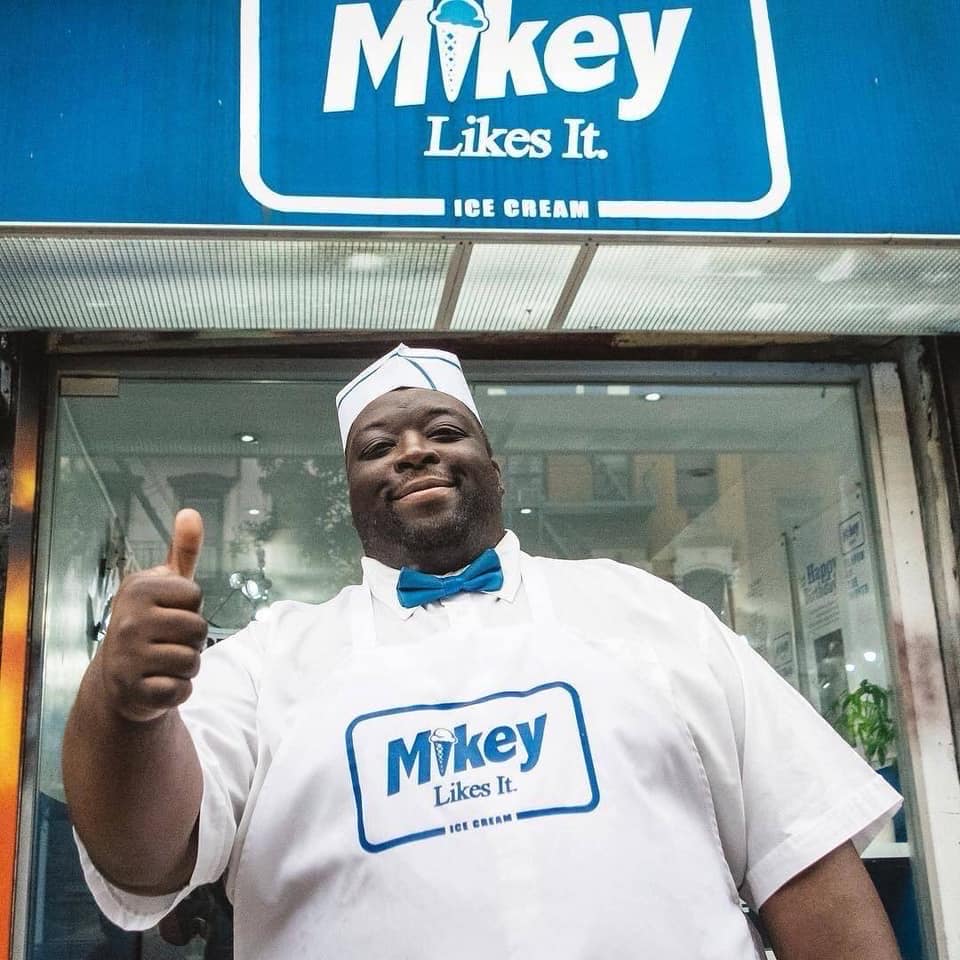 Like kids that run to Mister Softee when they hear the jingle in the distance, ice cream lovers in the Big Apple flock to Mikey Likes It Ice Cream for flavors that reimagine the neapolitan ice cream spectrum. As founder Michael “Mikey” Cole says, “using the best ingredients” and offering vegan options helps to push those boundaries to attract customers that always wondered, what does an ice cream sandwich with two waffles taste like? The significance of not melting during a pandemic that has put a lot of heat on small business makes the taste even sweeter. The self-proclaimed “Leaders of the New Scoop” makes everyone from kids to adults feel like each ice cream combination was made with them in mind.

Welcome to That Funnel Cake Place, where dessert comes first. Sending out sweet aromas along Houston’s Martin Luther King Jr. Blvd., the food truck seamlessly dishes out the sweets— some with a liquor-infused twist—picking up where the now past Astroworld left off. Bringing those fun amusement park memories to Houstonians in the form of food like S’mores Funnel Cake, Banana Lush, or Oreo Overload, makes the ingredient combinations and the excitement launch your taste buds on a flavorful rollercoaster ride.

RELATED: 5 Black Woman-Owned Bakeries (including ones with national shipping!)