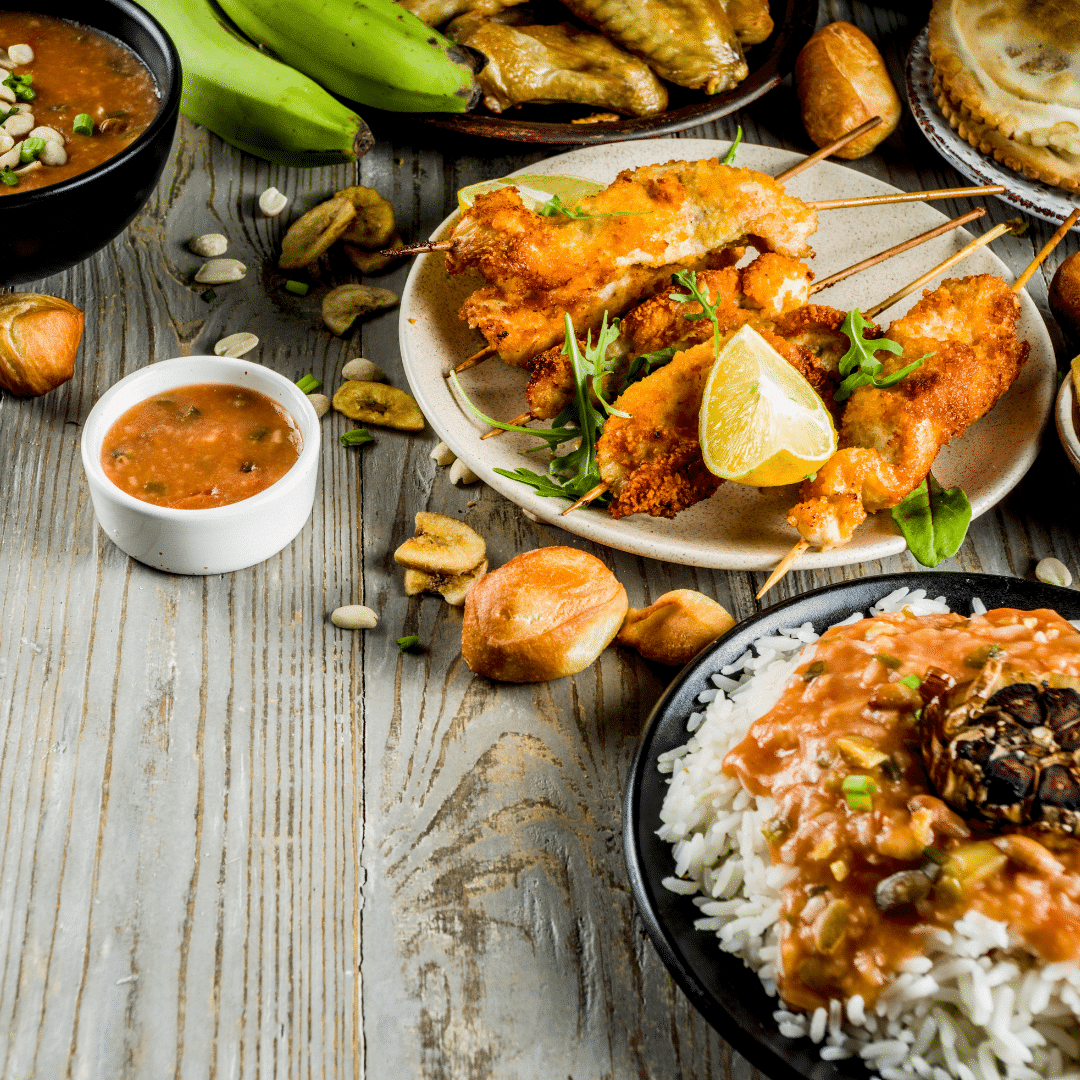 21 May How the Diaspora is Reconnecting To Africa Through Food

Despite the slave ships, cultural erasure, forced forgetting of ancestral knowledge, political subterfuge, poor media depictions and the so-called “Diaspora Wars,” the connection between Africa and the Diaspora has never successfully been broken. For generations, Black people across the globe have both literally and figuratively made their way back to the Motherland. From the early twentieth century through the 1970s, it was through the political doctrine of Pan-Africanism. In the 80s and 90s, it was by way of African medallions and kente fabrics. Now, it’s in the Diaspora’s growing embrace of Burna Boy albums and Instagram-worthy travel campaigns.

Could fufu be the next frontier?

A Cuisine for the Culture

According to the data team at Pinterest, searches for West African recipes saw a 311% increase on their website in 2019. That same year, the Specialty Food Association named West African cuisine as one of the fastest growing food trends, with the region’s flavors and spices showing up in more and more food products around the world. Whole Foods also named West African food as one of their top 20 trends of the year for 2020.

“It seems like once a month I hear of another food company launching an African superfood,” Lisa Curtis, founder and CEO of Kuli Kuli, told the SFA.

People’s palates are changing, says Curtis, and it couldn’t have come at a better time. Aside from popular street foods like Nigerian suya (grilled meat kabobs coated with spiced peanut dust) and flaky meat-filled pies that are eaten across the continent, many African dishes are easily adaptable to vegan, plant-based or specialty diets. In fact, there’s a whole world of indigenous African foods that are uncommon in the West but could provide eaters with healthy, flavorful alternatives to the Standard American Diet (SAD). With Black Americans being almost three times as likely to be vegan and vegetarian than other Americans, exploring Africa’s many culinary offerings would seem to be aligned with current cultural tides, while providing a potential economic boost to African agriculture.

Fonio, for example, is an ancient grain that’s considered the continent’s oldest cultivated cereal, and is viewed as a staple in countries like Burkina Faso, Guinea, Senegal and Mali. Naturally gluten-free with essential amino acids and lots of protein, it could give popular dishes like quinoa and couscous a run for their money. Ingredients like cassava flour are gluten-free, grain-free and nut-free, the latter of which makes it especially appealing to the those with nut allergies.

Despite the health benefits of West African cuisine and the attention it’s finally starting to get in the culinary industry, experts say it’s still an uphill battle for African foods to make its way into the mainstream. Krishnendu Ray, a professor of food studies at New York University and author of the book, The Ethnic Restauranteur, told QZ that racism remains a major barrier to African cuisine’s entrance into the mainstream, arguing that assumptions about a group of people or a country can influence the popularity and price of their cuisine.

But those who know, know, and those who can see past the popular assumptions are often delighted by what they find. For Black Americans, that’s true not only because of the food, but because of the opportunity to connect with a different, yet deeply familiar culture.

Avo Odewale, a co-owner of Houston’s Jollof Rice King, has seen the interest in West African food skyrocket among African-American diners. “We have a lot of people that have taken tests. They want to know where they came from,” he told Black Restaurant Week. “If your test came back and you’re from Nigeria, you want to try Nigerian food. If you’re Igbo, you want to try Igbo food. One time people came in and said, ‘I’m Yoruba! Give me some Yoruba food!’” Customers at POTs, a fast-casual eatery in Las Vegas that serves authentic Egyptian cuisine, get a history lesson on some of the world’s earliest dishes and a chance to sample the fabled foods of the Pharos.

Patrons of the new Nubia Bar & Lounge become immersed in a multi-sensory experience that transports them from Houston’s Emancipation Avenue to Lekki Island in Lagos or a summer night in Accra. Their take on jollof comes with sliced avocado over a bed of banana leaves, served in an authentic calabash bowl. The owners tell Black Restaurant Week that their take on Sunday Funday will feature a mimosa made from with palm wine, a fermented alcohol created from the sap of palm trees. The décor in the intimate lounge includes patterned walls, mask art from places like the Ivory Coast (which is also for sale), and black-and-white photos of Fela Kuti alongside a mural of DJ Screw.

“We just wanted it to represent the whole diaspora,” says Pamela Harris, one of the owners of Nubia.

Despite the systematic dismantling of our connection to the Continent, that bridge has never actually been broken. In fact, it only seems to be getting stronger, and the increased embrace of West African food fortifies it even more. Who knows, you may even start to see fufu at the family cook out.