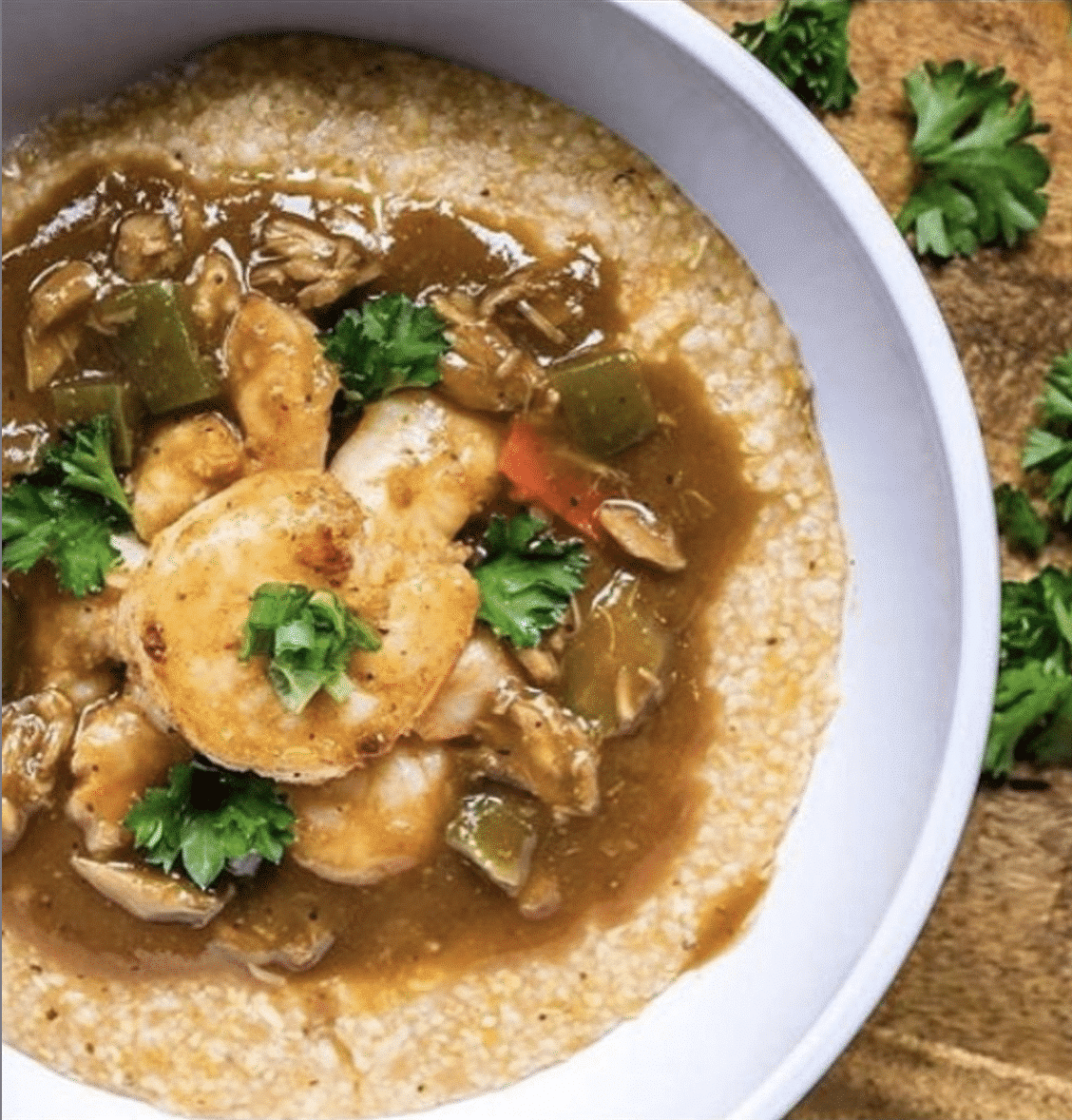 Posted at 09:30h in Recipes by Jada Smith 0 Comments
0 Likes

“A lot of people don’t know that shrimp and grits was created in Gullah Geechee culture,” says Gregory “Gee” Smalls, executive chef of Virgil’s Gullah Kitchen and The Breakfast Boys. “It’s evolved in many ways but at the core of it, the real shrimp and grits has a brown gravy. Not a red gravy, not a cream gravy. It’s a brown gravy and it’s basically like a smothered shrimp.”

To make the real shrimp and grits, Smalls says you should fry bacon, saute onions and peppers, and use seafood shrimp stock to make a gravy. Saute the shrimp and put it on top of either grits or a bed of white rice.

Read more about Chef Gee’s Gullah heritage here and see below for his recipe on the “real” Shrimp & Grits.

Consider pairing this meal with the Goddess of the Herbs cocktail by bartender Pia Days.