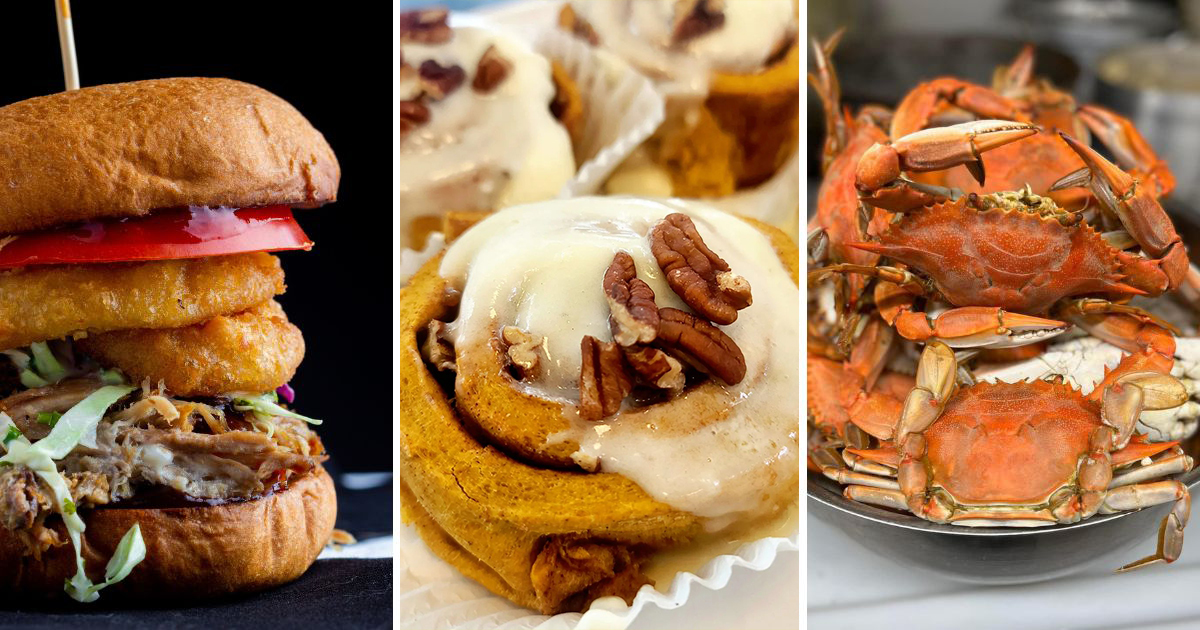 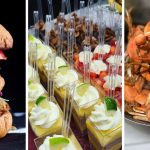 Before there was an America, there was already an American melting pot well underway. In Florida, a multitude of cultures have always intertwined. Early settlements in places like St. Augustine not only brought the traditions of Spain to Floridian shores, but the French colonies were actually established before the Spaniards firmly set foot. So many cultures, including British, Persian, Greek, and African, would blend with the indigenous Seminole, Calusa, and Tocobaga.

Nowadays, foodies can find the echoes of these fused traditions in many restaurants throughout the Sunshine state. One of the shining pearls of Floridian history is the beacon of rich and dynamic Black culture in Central Florida.

Dr. Mary McLeod Bethune founded Daytona’s Bethune-Cookman University to educate young girls in 1923, which has grown into a major educational institution. Nearby Eatonville is the oldest black-incorporated municipality in Florida and the United States. Orlando is filled with wonderful historic African American locations that are not just important to Central Florida, but to the American Civil Rights Movement, and beyond.

From the legendary works of Zora Neale Hurston, to the powerful community partner that is St. Lawrence AME Church, to the Moseley House which was built by Eatonville’s founder and first mayor, Joseph Clark.  Central Florida is integral to the Black American story and the culture.

So, during Black Restaurant Week, it’s important to patronize these Black-owned restaurants and show support. Here are just a few of the very best eateries to try in Florida, from Orlando and Titusville to Cocoa Beach and Daytona Beach — just make sure to come hungry!

If you’re looking for the best vegan food in Orlando, Dalen Eats Café & Creamery is your place. Jamaica native Chef Jenn has brought home the flavors of her homeland into some amazing meatless marvels. Not only that, but she’s studied food science and is seriously into feeding folks the most nutritious — and delicious — dishes possible. Of course, there’s Jerk Chick’n, smoked macaroni salad, and rice and peas. But would you believe there is also vegan “Hoax” tail or “looney toona?” And be sure to save room for the “Irie” cream, the dairy-free ice cream, and sorbet selections!

Talk about genuine Orlando magic! Mila’s Front Porch’s Pastry Chef extraordinaire Jamila Muhammad started her sweet career as a pastry cook at Disney, making the happiest place on earth happy in the tummy. Now she’s serving up some of the area’s most incredible baked goods with glee. Come taste this culinary genius’ incomparable cupcakes, crazy cookies, brownies that are just da bomb, and pies for miles. And check it out: call ahead if you need gluten-free, sugar-free, or vegan versions of just about anything Mila’s makes!

One of the best Titusville restaurants features a menu that will make you feel like you’re sitting at home while enjoying some serious soul food. Loyd Have Mercy is a true family affair born of a cooking tradition that can only be called genuinely Southern. Fried chicken is a good place to start for a mainstay that can’t be beat. Level up to the sweet soy glaze grouper if you’re into seafood served up with some butternut squash. Smothered pork chops will put you right back into Sunday dinner. And wash it all down with some homemade sweet tea.

Have you ever had a restaurant meal so special, you had to literally join a private club to enjoy it? Well over at CrystalBakes, Chef Crystal Clarke asks patrons to jump through a few hoops to enjoy her Southern style adding “French refinement” to the mix. Go to her website to ask to be invited to her Supper Club, a limited-seating adventure for those seeking a very special, fun, and elegant experience. Expect everything from beautifully displayed charcuterie to divine soups and dessert options that taste like they came straight from a Paris patisserie.

Sometimes it’s the simple things in life. When it comes to food, few things are as satisfying and basic as a sandwich. But over at StreetWise Urban Food, there’s more to this comfort food than meets the eye. This Black-owned business stacks its sammiches high with selections like Kicken’ Chicken, with its crispy seasoned chicken and chipotle aioli filling a brioche bun, and “Get Piggy with It,” which pairs seasoned pork with a garlic-buttered bun. You can also opt for an “Urban Bowl,” tacos, and burritos. It’s all good, and you won’t look at sandwiches the same way again!

If you’re ready for a little flavor of the islands, come on down to Seana’s, y’all! This Caribbean soul food spot is among the best Black-owned restaurants in Central Florida. Brothers Joshua and Chef Corey Johnson deliver authentic Caribbean fare with an eye to providing nutritious meals to the local community. Try out the curry chicken or jerk pork if you want to savor the tropical goodness. Or come on home to Grandma’s Smothered Turkey Legs. Seafood lovers will get hooked on the Whole Red Rasta Snapper, while adult beverage lovers can wash it all down with Pie’s Famous Rum Punch. As they say at Seana’s, “All you need is ONE to feel nice!”

Plates on Deck is considered among the top Black-owned restaurants in Central Florida, and once you’ve had a taste, you will see why. Chef Ken doesn’t have a casual walk-in space for what he calls “eclectic soul food,” which he sees as “home cooking meets fine dining.” What is offered here is a bespoke experience, whether you’re looking for catering or a personal chef experience. There are even cooking lessons on the menu! But there are also epic fish boils, curry chicken if you opt for Island soul, shrimp parmesan if you go for Italian soul, and some pernil if you opt for Latin soul.

As if the name of this place doesn’t tell the whole story, Island Thyme Caribbean Grille wants you to know that its whole menu starts with the food and culture of the U.S. Virgin Islands. Of course, from there, many islands in the area offer up their influences as well. But check it out: tropical grilled chicken, jerk pork mac & cheese bowl, coconut shrimp, conch fritters, and Calypso fish tacos. You get the idea, right? This festive spot beckons those who like to have a good time while enjoying their meals with both beer and island sodas available to wash it all down.

If you’ve got a whole gang to feed and are looking for fun food to do it with, then Q’s Crackin’ Crab & Seafood Kitchen might just hit the spot! Get ready to load up on all manner of sea critters, from shrimp, fish, and of course – crab! – either whipped up on a plate with garlic, grits, and sauces or fresh out of the deep frier. Crowd-pleasing plates will arrive piled high with your favorite seafood, with plenty of combos to choose from. You can also take home Q’s famous garlic butter by the bottle, and oh, yes, their homemade lemonade comes by the gallon! Kids aged 3 to 93 will love this place!

You know those meals you can just smell coming down a block away? The kind that your nose just knows is coming off a hot grill, with all the meats and sauces dancing in the fire? Well, that’s pretty much how it is when you’re stepping on into Nessas BBQ Restaurant! These folks are serious about smoking nearly everything with seasoned oak. Specialties here include the rib platter, beef sausage platter, and jerk chicken. Save room for dessert if you want to try the cheesecake here – flavors change daily!

There are a lot of places out there trying to pass themselves off as offering genuine Jamaican cuisine, and it can be challenging to find the real deal in all the noise. Fortunately, we’ve got Cool Runnings in Daytona Beach to make things easy for us. With a simple and familiar menu on offer, it’s all about what it tastes like when you bite into it. Favorite dishes like jerk chicken and collard greens burst with flavor that just beats out the rest. Level up to the curry goat or ox tails with some candy yams on the side if you want to go all out. Do not skip the banana pudding, either!

It’s a family affair over at Something Fishy, starting with the father of the gang, Chef Terry. He’s got the wife and kids helping out on everything from his wife’s involvement with local charities, son Kenneth wearing the Head Chef cap, and daughter Gabrielle working on graphic and interior designs. That tight-knit love comes out in the many seafood dishes served here, from the ahi tuna nachos to the catfish swai bowls. There are also awesome vegetarian options, like a spicy Cali veggie taco. If you’re ready to be bold, give the fried oyster tacos a try too! Po’boy sandwiches, hush puppies – you’ll need to eat here a lot to taste it all! 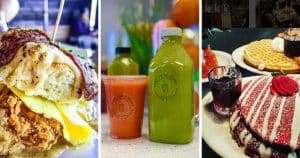