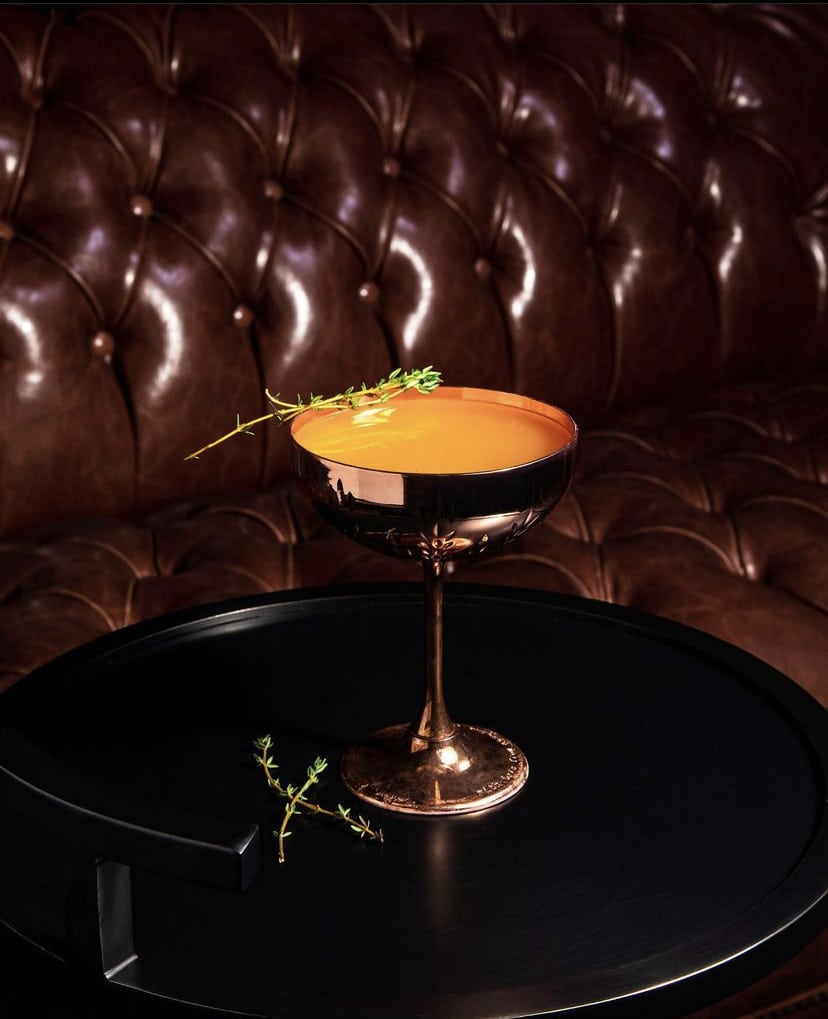 Harold Brinkley didn’t start the James Room, but he and his partners had a vision for it. After acquiring it from the previous owners in January of 2020, they set out to create a middle-ground between raucous nightclubs and staid restaurants, catering to a crowd that can appreciate the best of both worlds. They wanted to create something low key, yet opulent. Something that basked in hip-hop culture while also elevating it.

That vision was made manifest in the new and improved James Room — a sleek, upscale cocktail bar that’s bringing the increasingly popular concept of “vibe dining” to Atlanta’s food & beverage scene.

“Vibe dining is an experience that consists of a cohesive dining, food, and beverage experience, accompanied by a resident musical soundtrack, good energy, ambient lighting, and maybe some theatrical elements to compliment the experience,” he says. “It’s essentially creating a vibe while you’re dining.”

The key to Brinkley’s version of the concept is getting people to re-imagine the way hip-hop culture is consumed within the F&B industry. His goal is to fill the gap for consumers who are beginning to age out of the nightclub scene but are still deeply entrenched in the overall culture. But in F&B, hip-hop is often devalued outside of nightclub atmospheres, not fully appreciated for its artistry, its versatility, or its creative potential in the culinary world. At least not in the United States, Brinkley says.

A seasoned international traveler, he noticed the high esteem that hip-hop music garnered in other parts of the world, and how well it meshes with different types of dining and nightlife experiences. Restaurateurs in places like France, Spain, and Greece did not automatically view it as a liability to prominently feature hip-hop music in their upscale hospitality programming. On the contrary, Brinkley says. They embraced it, orchestrating hip-hop-based “vibe dining” experiences that he had not seen much of in the U.S.

“Unfortunately, in the South, and in Atlanta specifically, I’ve found that a lot of establishments are hesitant to program hip-hop of any sort in their musical format, out of fear of the crowd it might attract or the energy it might create in their establishments,” he says. “But if you travel internationally, you’ll notice that hip-hop is just like elevator music around the world. Everybody likes listening to it, dining to it, working out to it. It’s a very prevalent soundtrack.” 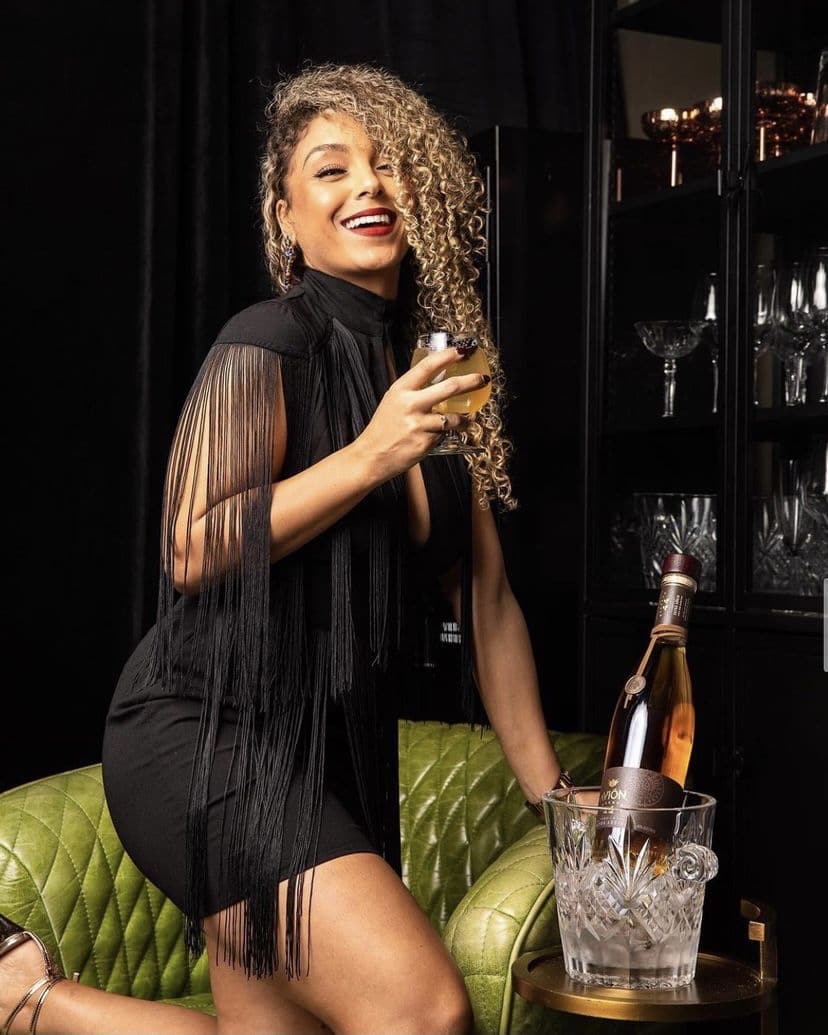 As a youngster who grew up on hip-hop culture – Brinkley’s a Morehouse man from East St. Louis, IL – he knew he wanted to bring a hip-hop based “vibe dining” experience to a city that many consider to be rap’s version of Mo-Town.

“It’s something I wanted to lean into and own in the Atlanta market before some of these other organizations started to figure out that, ‘hey, you can play hip-hop and R&B, or house, or Afro-Caribbean music, and it’s still in an elevated, safe space,” he says. It’s reminiscent of Kendrick Lamar performing To Pimp a Butterfly with the National Symphony among the chandeliers and ornate architecture of the Kennedy Center.

He also sees the James Room as an opportunity to pry the basic nightclub mixes – like vodka and soda or cognac and cranberry juice – out of people’s hands, replacing them with more robust, more complex, and more conversation-worthy cocktails. With excruciatingly detailed musical programming, artistic lighting schemas, mature design aesthetics, and drinks inspired by his travels around the globe, Brinkley is looking to turn hip-hop into a gentleman’s sport. 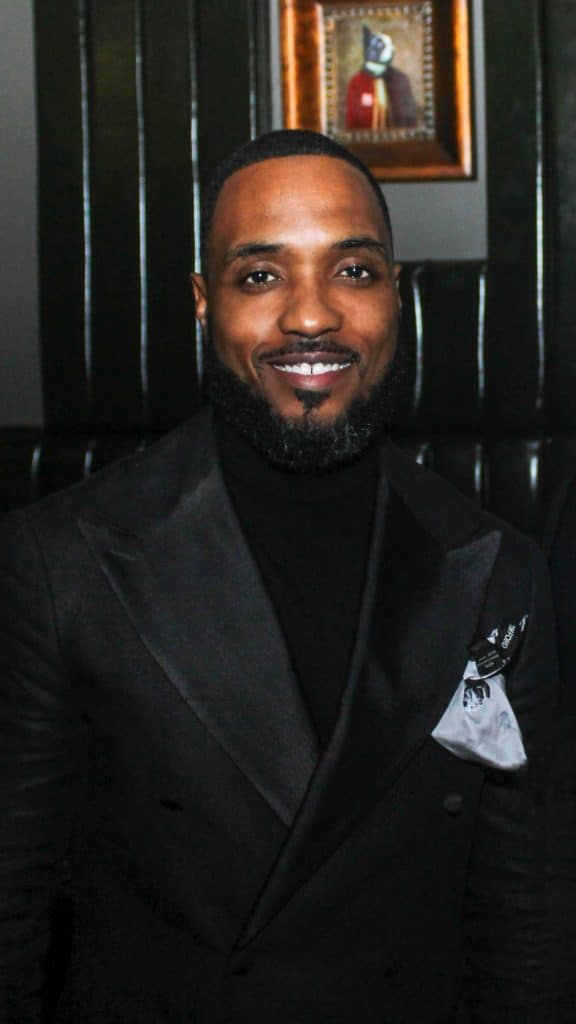 You could say that it was rap music that gave Brinkley his start in the nightlife industry. He landed a job as a party promoter in high school, eventually going on to partner with top lifestyle and hospitality collectives like The ONE Group, which owns STK, and the Gerber Group on programming and events. Now, in addition to owning the James Room, he offers consulting services to liquor brands. This ground-up view of the industry has made Brinkley a savvy player, planner, and thinker within the hospitality sector, empowering him to see what performs well and what doesn’t; to know when there’s a risk worth taking; to have vision for what’s possible with a good plan and even better execution.

With the James Room being located in a prime area of the Atlanta BeltLine – which is expected to get a considerable amount of foot traffic upon its completion in 2022 – Brinkley and his team are executing.

Check out our Power of the Palate Cocktail Competition, presented by Maker’s Mark, for an inside peek at the ambiance and aesthetics of the James Room. 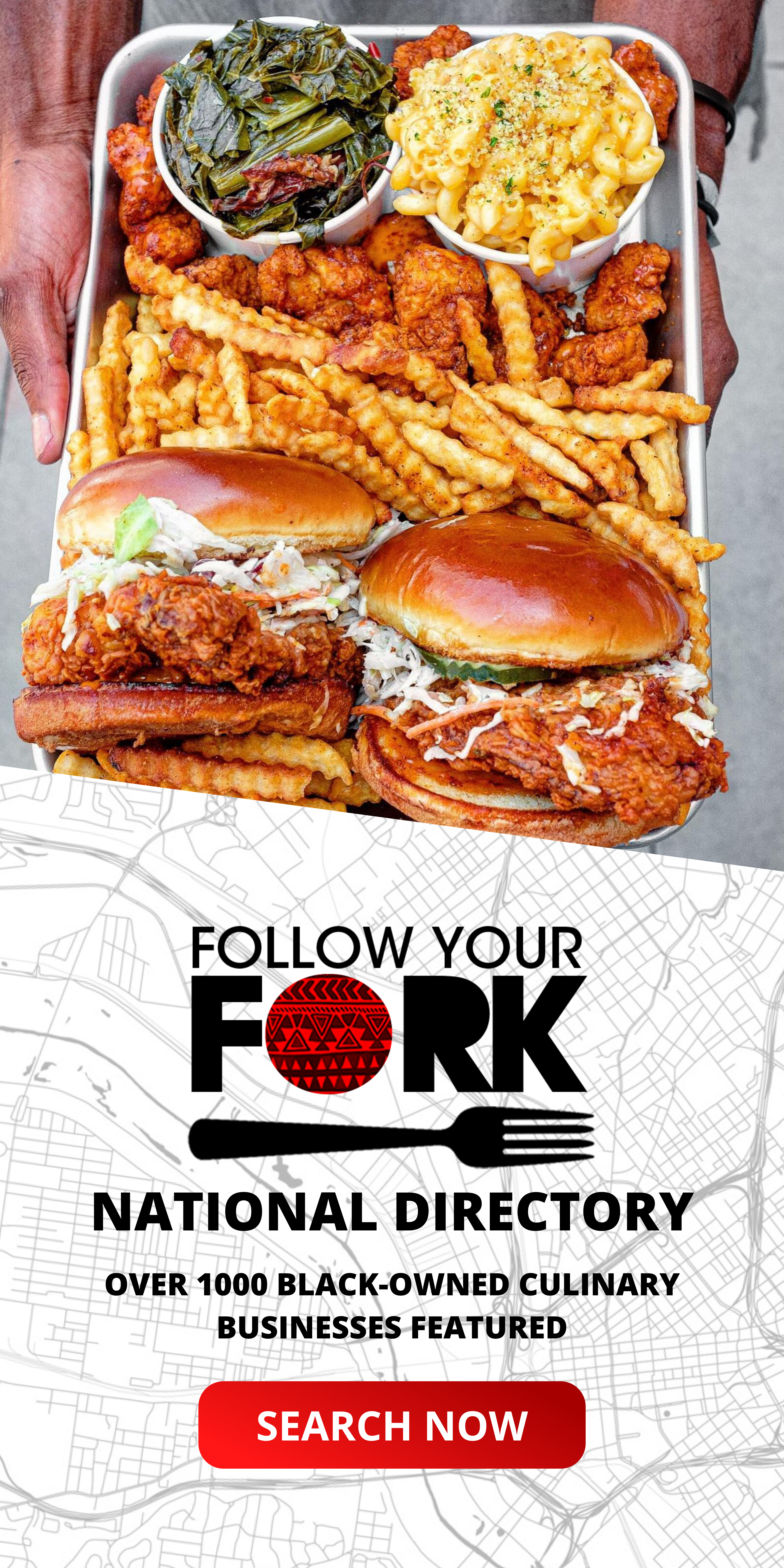