21 Oct 5 Black-Owned Snacks to Keep in the Cabinet

Posted at 11:19h in Follow Your Fork by Jada Smith 5 Comments
0 Likes

There’s no official data on the matter, but here at Black Restaurant Week, we like to think that cuffing season and snacking season go hand-in-hand. As the weather begins to turn and “sneaky links” become Instagram-official, date nights on the town often turn into cuddling sessions on the couch. But you can still eat Black-owned while staying at home and snacking.

In this round up of Black-owned snack brands, we’re featuring a family-owned potato chip company, cheesy popcorn balls that Oprah literally gives people for Christmas, brain food developed by a college professor, and adult applesauce inspired by the flavors of the Caribbean. And as a plus? All of them offer national shipping. 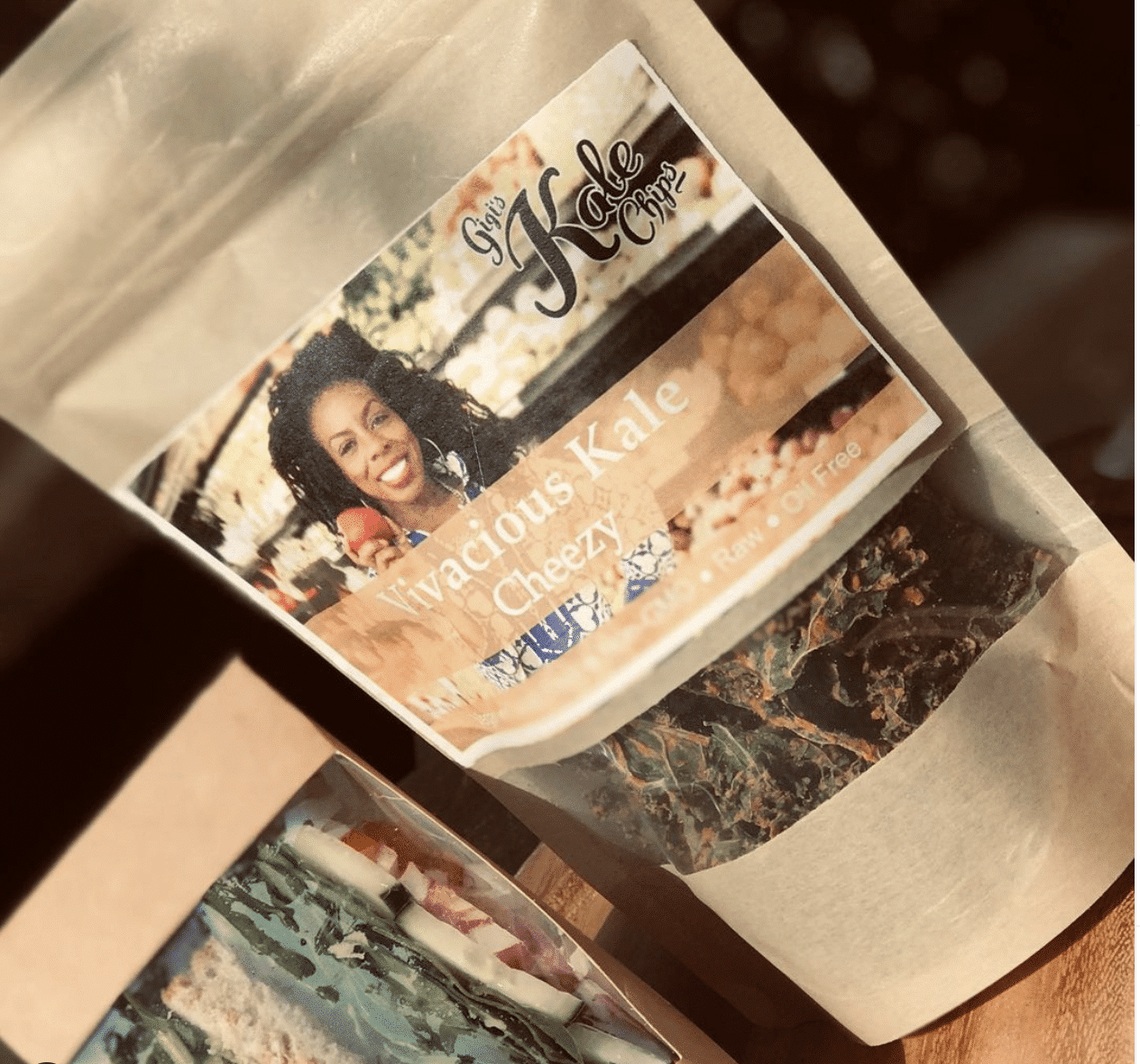 Gigi’s Kale Chips were created out of necessity. Gigi, who also owns Gigi’s Vegan Café in Kansas City, was/had been diagnosed with colon cancer but still wanted to snack well despite the major overhaul she would have to make to her diet/lifestyle. Unable to find kale chips that had/packed a good/great crunch, were bursting with flavor, organic, raw, and vegan, she began making her own. Now, they’re featured in several Kansas City grocery stores with national shipping. Gigi’s Kale Chips are washed twice with filtered alkaline water, massaged and air dried, and sprinkled with seasoning that skip the artificial colors, harmful chemicals, and preservatives. Even better? The packaging is biodegradable, making it environmentally friendly. Try the/check out the flavors like Naked Kale, Cheezy Kale, or the Kick Ass Kale (spicy).

Sometimes you think your creation is going to be one thing, but it turns into another. Kind of like when you intend to make “cold cream wipes,” but accidentally end up creating disposable tissues. Likewise, Symphony Chips started as a seasonings company that packaged and sold a unique 28-herb and spice blend In grocery stories. The family-owned team behind Symphony would sprinkle the seasoning on homemade potato chips for customers to sample, and soon the feedback became, “the spices are good, but where can I get a bag of these chips?” The best part is these Black-owned snacks are non-GMO, no MSG, all natural, and vegan friendly. Try one of their snack boxes with an assortment of flavors. 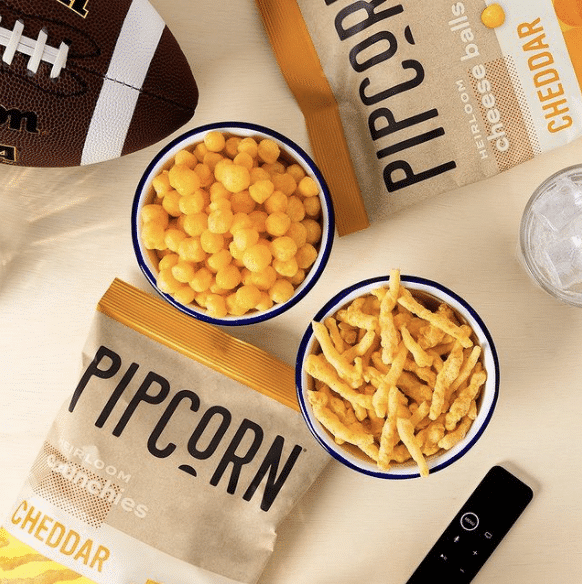 It’s been a long road for Pipcorn, and most of it has been paved in heirloom corn kernels. Without much advance thought, Jennifer Martin popped a bag of tiny heirloom popcorn kernels that she found in the Chicago health food store where she worked. She thought the quality and flavor was so good that she  tracked down the seed stock to a farmer in Indiana so she could source them and continue to make batch after batch. After launching her products in a small Brooklyn outlet, they were picked as one of Oprah’s Favorite Things, made it to the shelves of Whole Foods, then the hot seat at Shark Tank, and it’s been up from there. The team is constantly rolling out new flavors and products, like their Heirloom Cheese Balls, Heirloom Corn Dippers, and Heirloom Crackers, which are up-cycled from the leftover corn flour they use to create the balls. 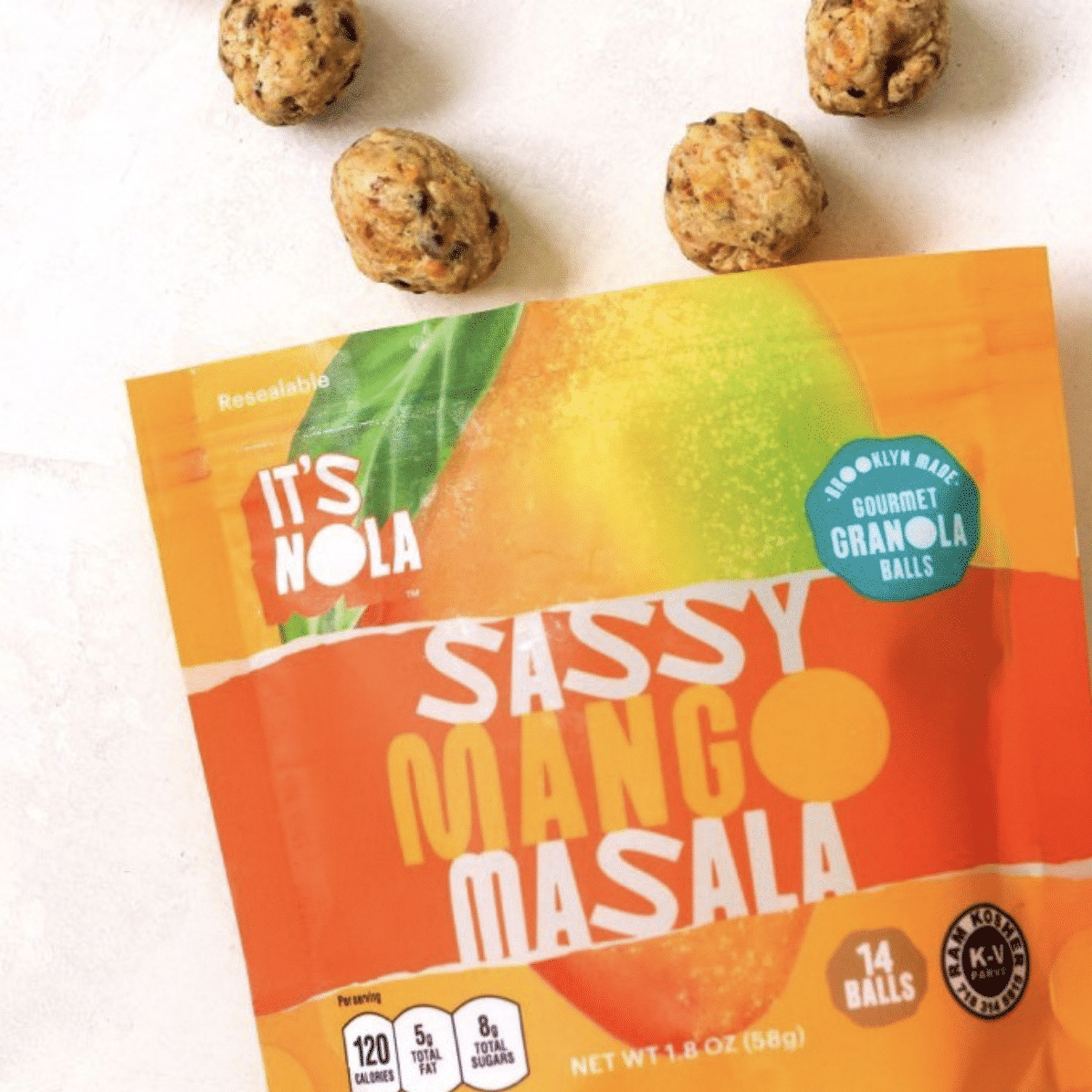 Similar to other culinary creators, It’s Nola was started due to necessity. The company’s founder, a New York-based college professor, began making her own granola bars because, despite how much she loved them, she was sick of the “crumbling, messay granola that dropped half-eaten into the bottom of bags and purses.” She also wanted to make a the healthy snacks she ran into were full or sugar, sodium, and carbs. Her students, whom she would share her homemade snacks with, encouraged her to turn it into business. And thus, It’s Nola (originally BKLYN Granola) was born. Try out flavors like the Cranberry Coconut Granola Balls, the Dark Decadent Chewy Chocolate Balls, or the Sassy Mango Salsa Balls. 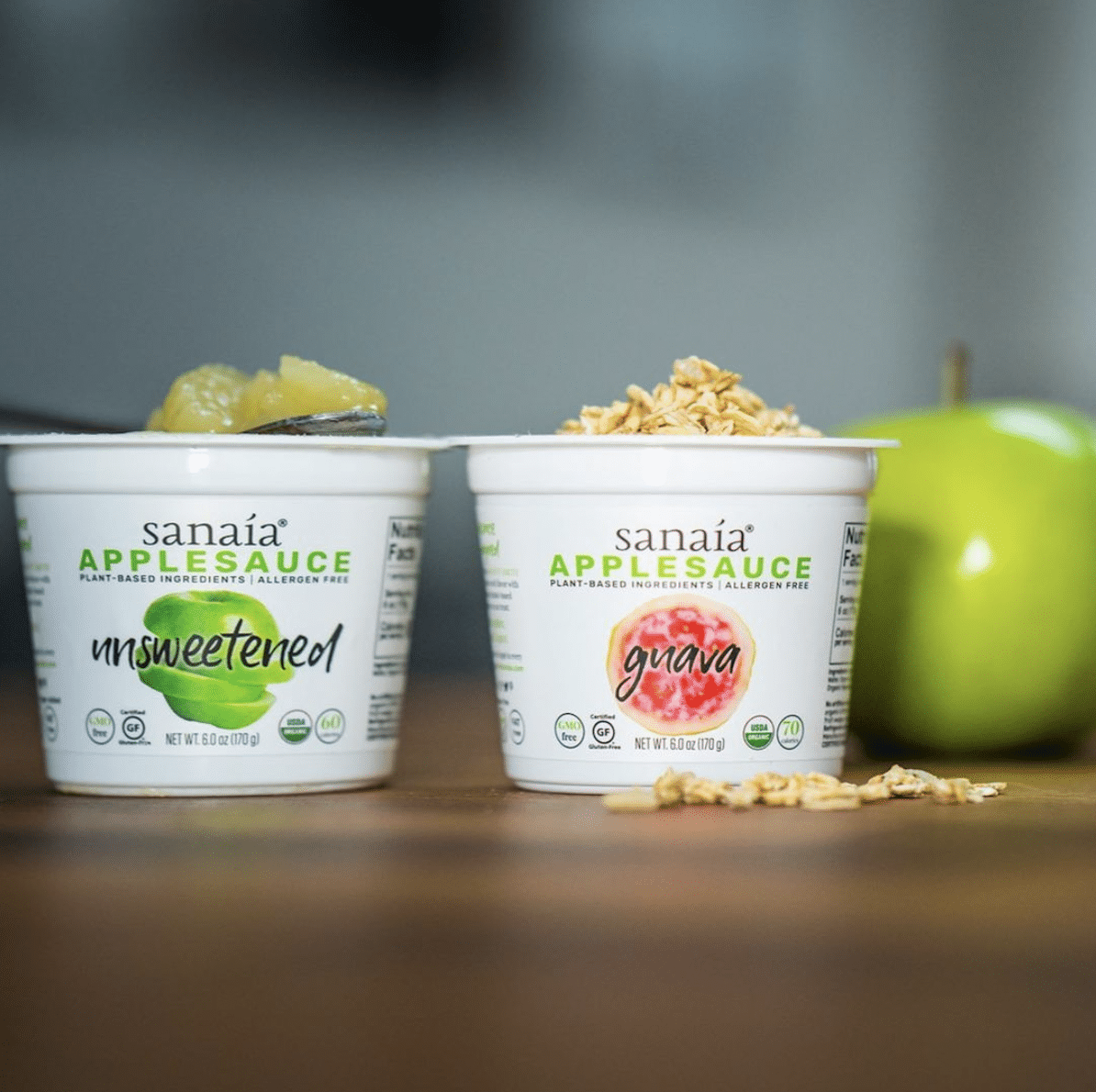 As podcaster Kid Fury says, instead of re-booting all these sitcoms and movies, let’s reboot some snacks! Sanaia Applesauce is essentially a reboot of the classic childhood snack, re-imagined for the adult palate. Inspired by the taste of the Bahamas, Sanaia Applesauce comes in flavors like hibiscus, guava, tamarind, and ginger.