A lot of what made Paschal’s an Atlanta staple since Robert and James Paschal opened it more than 70 years ago is still the same. However, the business has evolved several times since its humble beginnings as a 28-seat diner that sold chicken sandwiches for 52 cents in 1947.

Although the eatery is now about 1 mile from the original location near Atlanta’s Historically Black Colleges and Universities, they have a similar focus on good southern comfort food and a welcoming atmosphere, said Zane Major, Paschal’s Director of Operations.

Paschal’s was re-opened in 2002 through a partnership between original co-owner James Paschal and Herman Jerome Russell — about six years after the restaurant’s property was sold to the Atlanta University Center for $3 million, according to the New York Times.

“One of the things about Paschal’s, particularly in the ‘40s, was there weren’t a ton of integrated options to dine at in Atlanta. It was immediately one of those places where people could come dine, gather and fellowship,” Major said.

The top item in the 1940s was the fried chicken sandwich, which featured a bone-in breast served with lettuce and tomato on white bread, Major said. The sandwich was complemented by southern sides that are still featured today. 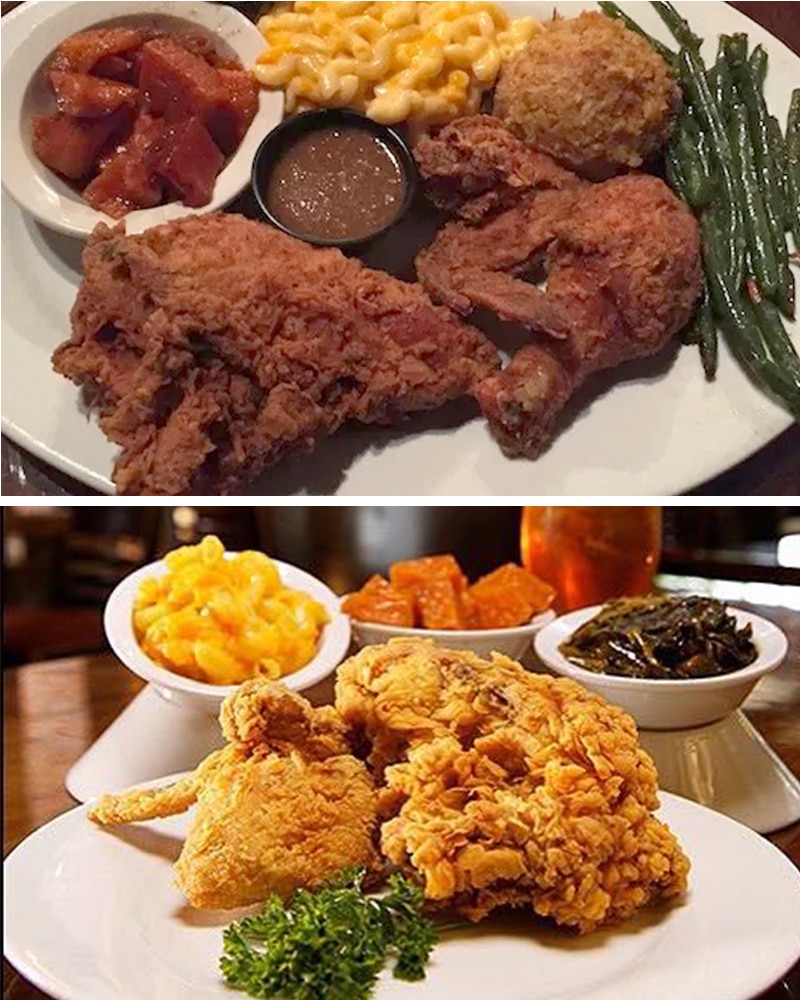 The menu has expanded to include baked chicken, pulled pork, baked salmon and peach cobbler, but fried chicken is still the main attraction.

“Our featured item to this day is fried chicken,” Major said. “And we really do make it the same way except for we have some alternative cooking vats. In the original recipe, it required lard. We don’t do that anymore.”

More than a restaurant

In 1960, Paschal’s opened La Carrousel Lounge, a jazz spot that was one of the first integrated clubs in Atlanta, according to Paschal’s website.

It was one of the few clubs that violated Georgia’s laws requiring segregation in public spaces, such as restaurants, movie theaters and schools.

“Our license was for coloreds only, but our clientele was 60 percent white,” James Paschal told Ebony Magazine in 1979.

Civil rights leaders, including Dr. Martin Luther King and congressman John Lewis, used to congregate at Paschal’s to plan some of the important moments of the movement. The 54-mile march from Selma to the state capital of Montgomery that was led by Lewis was planned in room 501, according to Ebony Magazine.

The motor hotel helped shape politics in Atlanta and across the south, said former politician Bill McKinney, who served in the Georgia House of Representatives from 1973-2002.

“There was a time when almost every decision came out of Paschal’s,”  he said to Ebony Magazine in 1979.

“We’ve had so many dignitaries, politicians and leaders of the civil rights movement still come see us to this day,” Major said. “Andrew Young still comes to eat with us for our Thanksgiving dinner. John Lewis used to come by frequently for Sunday Brunch. We’re a place where people can gather.”

However, Paschal’s, like most restaurants across the country, is still working to attract customers safely during a pandemic. The eatery is operating at 20 percent capacity and has pared down its menu while bumping up the to-go and third party aspects of the business.

The slimmer menu focuses on the staples, such as fried chicken, catfish, baked chicken, salmon and southern sides. Before COVID-19 caused restaurants to change their business model, the menu featured Cajun influences, such as seafood pasta and gumbo in addition to barbecue and standard recipe items like cheeseburgers.

“One of the most important things for us is to always be a good member of our community,” Major said. “So we have always made the decision that we want to be available to our customers but we don’t want to be a vehicle for spreading COVID-19.” 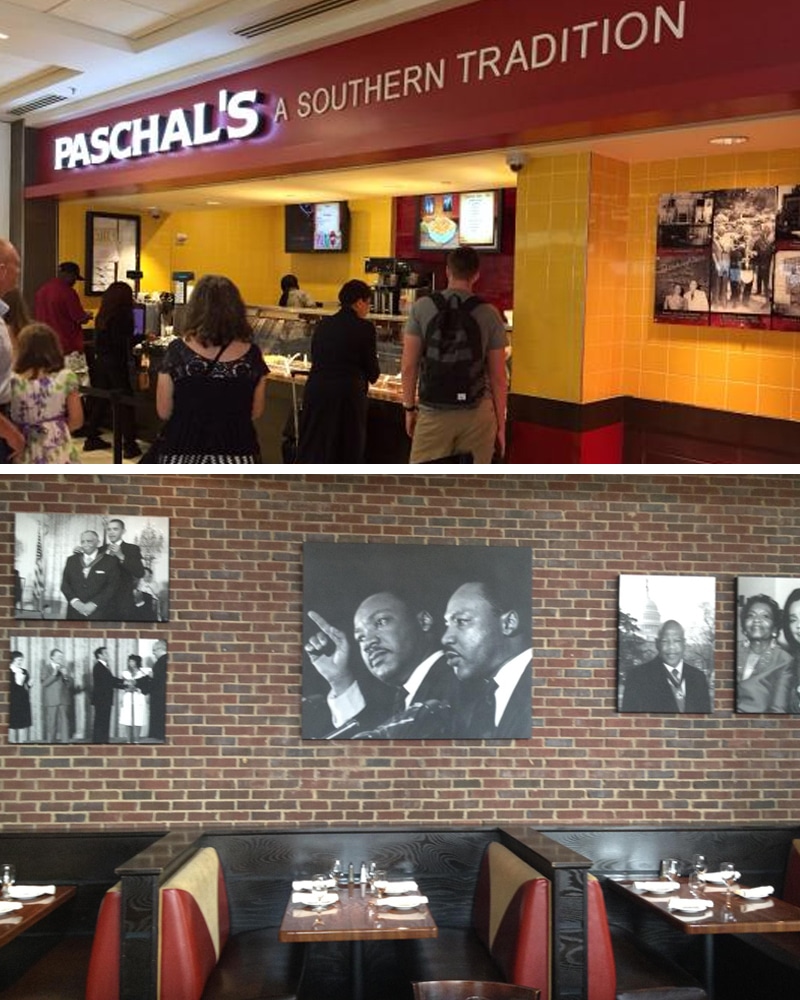