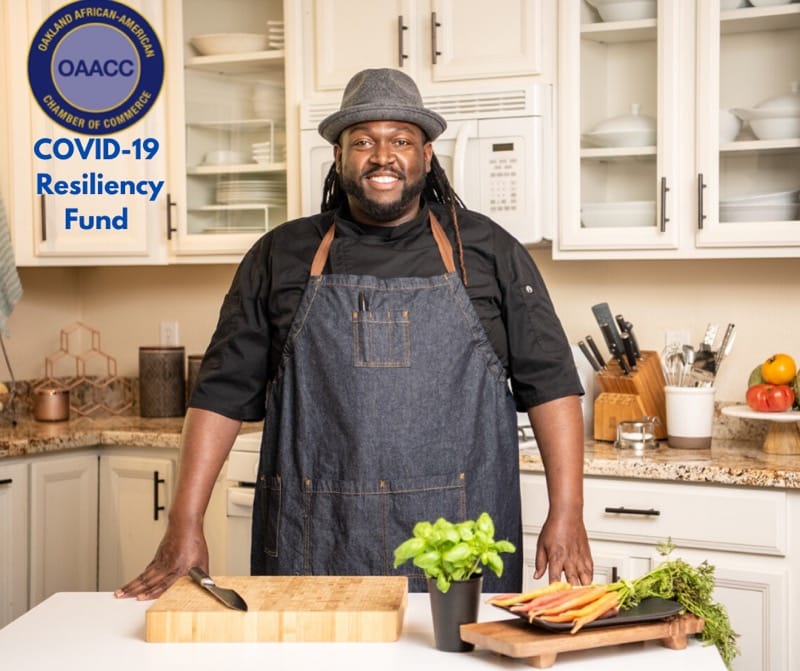 Becoming President and CEO of the Oakland African American Chamber of Commerce (OAACC) represents a full circle moment for Cathy Adams. She interned for the Chamber as a college student at Jackson State University, which laid the foundation for a deep understanding of the political, cultural, and economic climate of the city.

“I’ve been through a couple of mayors,” she laughed, coyly revealing how much she understands about the nuances of local politics. “I’ve picked up the rich history in terms of the landscape of Oakland. If I don’t know about it, it must not be happening.”

Knowing the City’s Needs In Order to Address Them 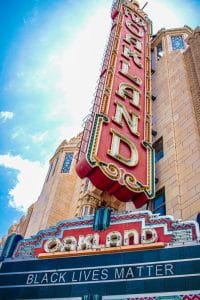 That intimate understanding of the challenges and political processes facing Oakland’s Black business community are what position her to lead the Chamber’s latest business development efforts. In 2020, at the start of the pandemic, they quickly identified two needs amongst Black-owned restaurants: how to pivot operations while keeping their communities safe, and how to access the relief funds that Congress was allocating for small businesses. “We weren’t getting that money,” Adams recalls saying to herself as news emerged about the program. “I’m not saying nobody got it, but enough of the businesses that I talked to didn’t get it.”

That feedback that Adams was getting in the field turned out to be representative of a larger issue in the allocation and distribution of Restaurant Revitalization funds, which many had already criticized as being insufficient against need. The bill required the Small Business Administration to prioritize businesses that are at least 51 percent owned by women, veterans, and people considered “socially or economically disadvantaged” for the first 21 days of the fund’s opening.

However, not only were there not enough funds to go around, more than 2,900 businesses did not receive the grants they were approved for. The latter was thanks to a set of lawsuits claiming the bill discriminated against white men.

Predicting such maneuvers, Adams and her team created the Resiliency Relief Grant Program, raising $1.1 million and giving out grants to 250 Black-owned businesses ranging from $2,500 to $10k.

She attributes the success of that and other endeavors to the network of relationships that the Chamber has built within the community. Truly walking the walk, they’ve become loyal patrons of their local businesses, while continuously advocating for their growth and increased leverage within the grander scheme of city ownership and development. “I’m exceptionally proud of how we’ve been out in the community, going to restaurants and posting about it, buying clothes from retail vendors, you name it,” she says. “It’s about networking and utilizing our ecosystem.”

Cathy notes that events like Black Restaurant Week’s Soundbites Outdoor Play Day, presented by the Oakland African American Chamber of Commerce, the Kapor Center, Pepsi Dig In, and The Town Experience, help to build and maintain those crucial community connections. “We need the entire community to step in,” she said, encouraging everyone to come out and enjoy the food trucks, music, and free family activities from 11-3pm, and the adult skate party from 4-7pm. Some of the Bay Area’s tastiest Black-owned food trucks will be mixing things up on the grill.

In her interview with Black Restaurant Week, Cathy noted that access to capital is the Oakland Black business community’s biggest challenge. She says events like Soundbites, which call for Black-owned businesses to pool their collective talent and resources, can help open doors to capital for everyone.