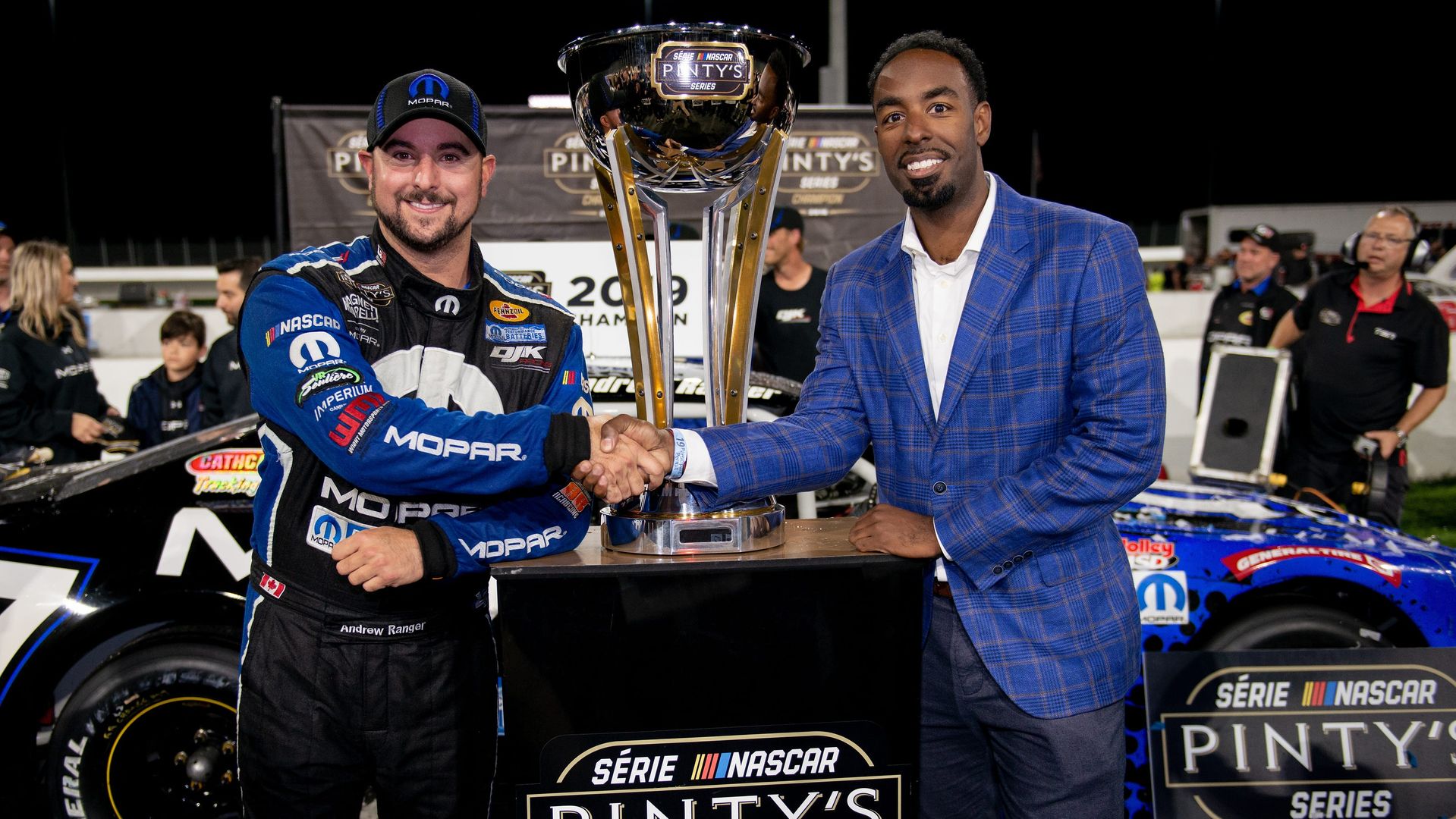 Brandon Thompson knows what comes to many people’s minds when they think of NASCAR: White, Southern, men. It’s been a perception that the organization has tangled with for years now, and it’s keeping more Black people from tapping into what Thompson, NASCAR’s VP of Diversity & Inclusion, describes as one of the most exciting sports around.

But we’ll get to all of that later. First, Thompson is eager to put another picture in your mind.

“One of the things that immediately drew me to the sport was everything that goes on behind the scenes,” he said in an interview with Black Restaurant Week, referring to the fierce rivalries and juicy backstories that unfold off the track. “Just like the NFL has the Manning’s and the Lombardi’s – the royal families – NASCAR has royal families. The Earnhardt’s, the Petty’s, the Pearson’s. They don’t like each other.”

Words are exchanged. Hands may be thrown.

But that passion doesn’t only extend to the sport’s elites. Thompson says he came to realize that, at its core, NASCAR is the person who gets off work and spends hours in their garage, working on something they love and want to share with the world. That endeared the sport to Thompson, who grew up spending time on football and basketball. Plus, he says, racing gets creative, competitive, and, of course, entertaining.

“We just finished a race at Talladega where cars are 3- and 4-wide, going almost 200 miles an hour. And that happens for 188 laps,” he said. “What’s not exciting about that?”

But despite the entertainment value that Thompson is certain NASCAR can deliver to viewers of all cultures and color lines, the diversity initiatives that have been in place since as early as 2004 (which Thompson participated in as an intern from Clark-Atlanta University), and the recent attention on Brianna Daniels — the first Black woman in a NASCAR Cup series pit crew — and jackman Jordan Page, he knows there’s still a lot of work to do to bust people’s misconceptions about who, exactly, NASCAR is for. The Soundbites at the Track mini food truck festival with Black Restaurant Week is a part of that.

“Of all the things we were doing, one of the things our team was able to hone in on in 2020 was the fact that there are so many untapped opportunities for integrating black businesses into the industry of NASCAR,” he said. Given the similarities between HBCU homecoming culture and NASCAR tailgating – food, fellowship, fanning out – he knew an event like Soundbites would be perfect. “We look at that as an opportunity to integrate Black business into this festival atmosphere that is NASCAR.”

TV doesn’t do the sport justice, he says. You gotta come out and see it.

Be sure to stop by the Soundbites at the Track at zMAX Dragway in Charlotte, NC on Oct. 7, 2021 from 5-9 p.m. Participants include Nacho Average Truck, Another Food Truck, Island Boys Kreationz and Made From Scratch.