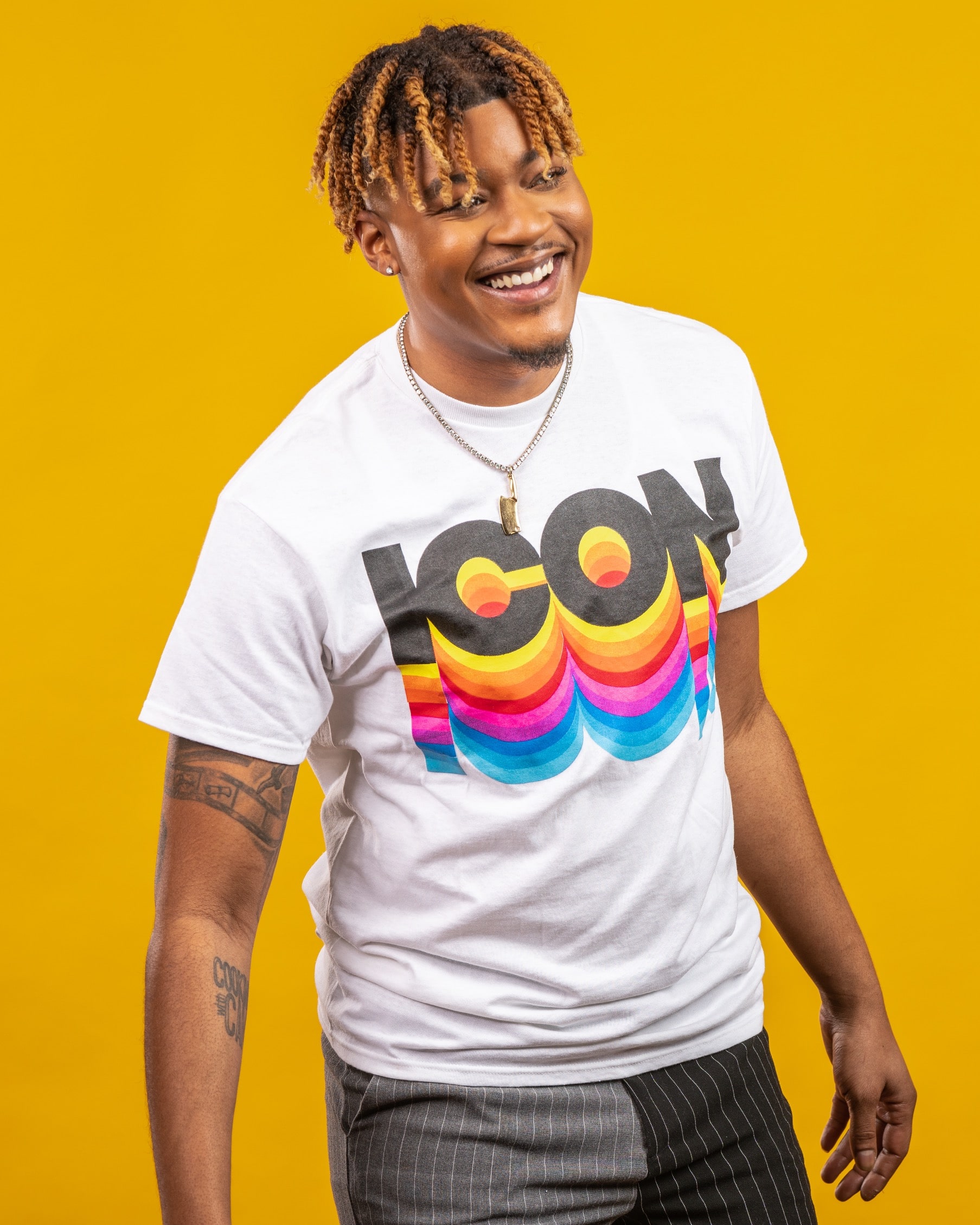 Chef Camerron Dangerfield doesn’t have a big coming out story because his family always knew he was gay and was entirely supportive of that reality.

“My family literally was just like, we already know what it is,” recalls Chef Camerron in an interview with Black Restaurant Week. “It made it a lot easier for me. And that’s not the same story for a lot of my brothers and sisters within the community.”

This sort of familial acceptance might not be remarkable if he hadn’t been raised by a grandmother who took him and his nine siblings to church three or four times a week, where the messaging about LGBTQ+ folks wasn’t as accepting or approving as it was at home. 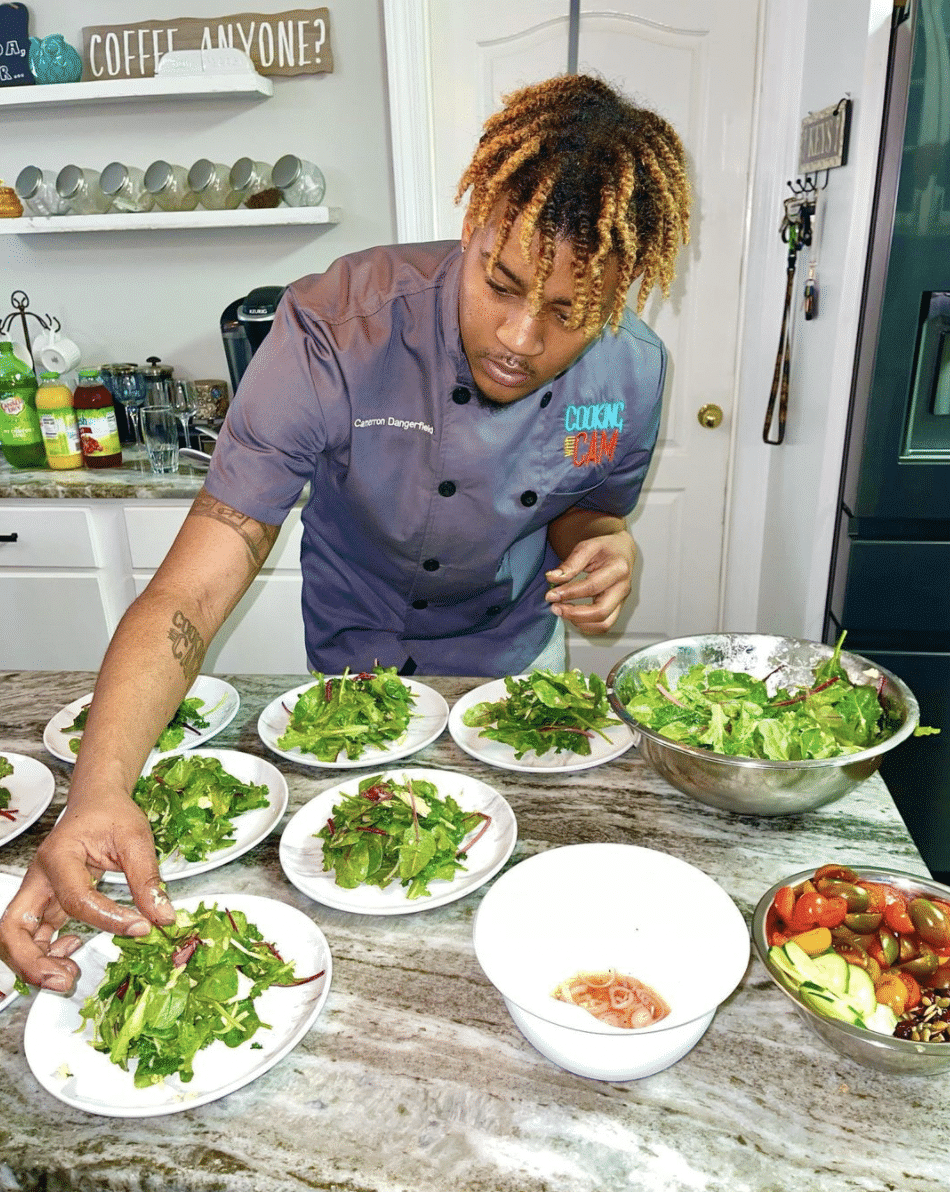 This rare freedom to exist fully in his skin was one source of solace in an otherwise challenging childhood, where he and his family had to navigate section 8 housing, food stamps, and poverty in Chicago. Even so, he often saw his maternal grandmother make something out of nothing — something that kept him and his siblings fed, clothed, housed, and loved. Mealtime was special because it was evidence of how his grandmother’s resourcefulness could create a safe space to decompress after school or work and provide nourishment through food and family.

When Chef Camerron got to Alabama A&M University on a full academic scholarship, he didn’t imagine that the hobby-slash-side hustle he started to get over a rough patch would lead to a full-fledged career as an award-winning private chef, cookbook author, TV personality, and soon-to-be restaurateur. He got his culinary start selling what were apparently epic chicken wing and soul food plates out of his dorm room because he needed extra cash to make ends meet after his mother passed away. He went from selling plates to students and faculty to cooking at four or five different nightclubs around Huntsville, as well as at private dinners in people’s homes.

His Southern fried wings, loaded fries, and savory sides were so popular he had to make an Instagram post warning his customers: “I APOLOGIZE! I DO NOT! I REPEAT I DO NOT HAVE PLATES IN MY TRUNK, BOOK-BAG, POCKET, OR TUCKED UNDER MY JACKET. You must get them at designated times. Everywhere I go, “bro you got a plate with you?”

Thanks largely to word-of-mouth and social media chatter, he soon caught the attention of celebrities. 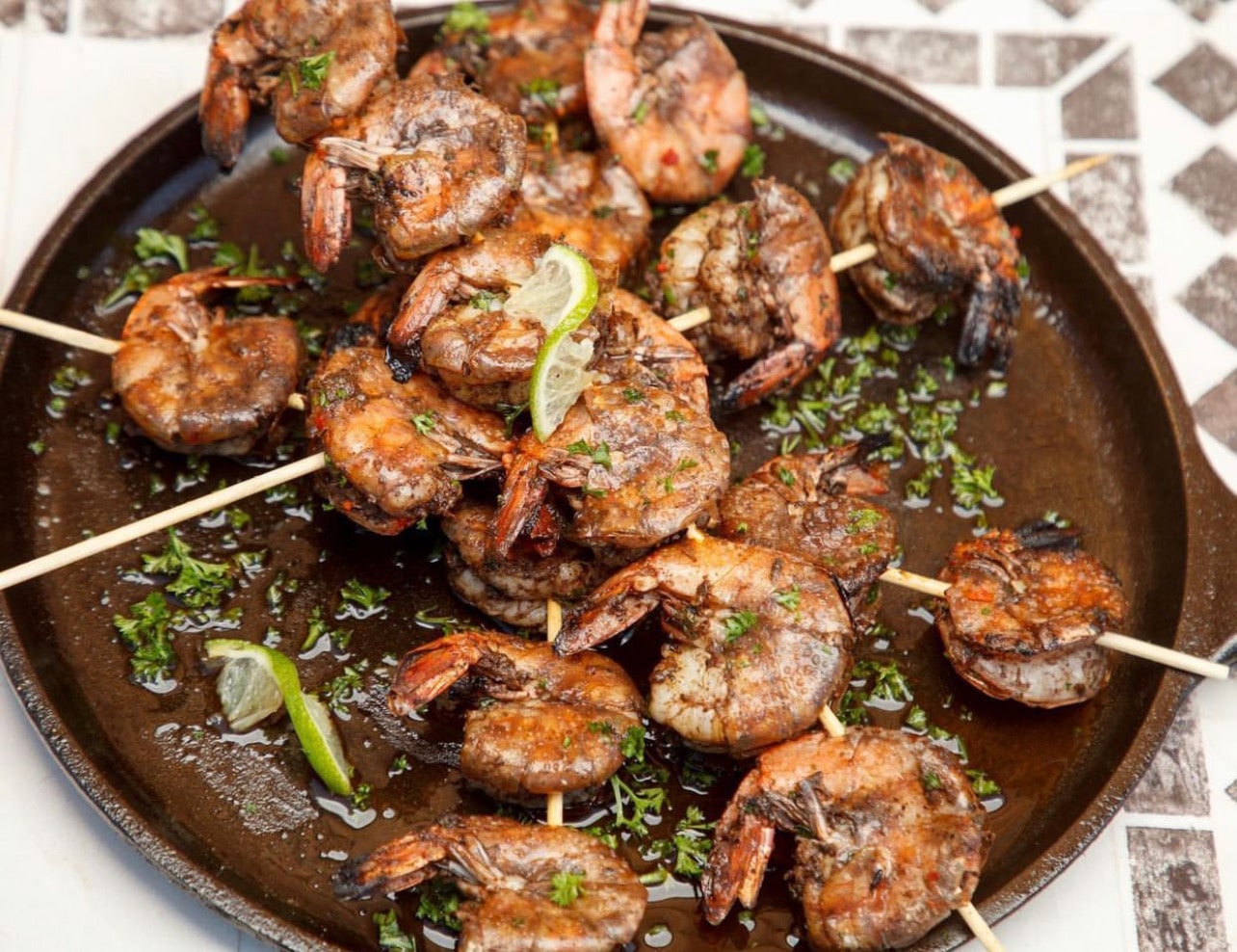 The two-time Master Chef contestant is still in high demand. Right now, he’s working on opening Brunch at Cam’s, his first brick and mortar restaurant in Huntsville. Chef Camerron is also in production for a reality show — a docuseries concept that documents the lives of Black luxury chefs — writing an autobiography-slash-cookbook, and enrolled in commercial real estate school.

A lot of what drives him forward and urges him to dream bigger than the last win goes back to him knowing, since childhood, that he has a right to be here and live fully as he is.