Creuzot Jr. used an old recipe and put a New Orleans version of fried chicken on the menu.

When Jessie Hearn told Percy “Frenchy” Creuzot Jr. in 1969 that his fledgling po’ boy business might fare better as a fried chicken restaurant, Creuzot Jr. put up a fight. Fried chicken wasn’t his dream; he wanted to bring Creole cuisine to the masses. But, after seeing the steady stream of cars that pulled into the Church’s Chicken lot a few blocks down the street, Creuzot Jr. used an old recipe and put a New Orleans version of fried chicken on the menu.

Similarly, when he noticed that other restaurants along the Scott Street corridor weren’t staying open long enough to meet the demand of hungry club goers looking for a late-night meal, he scrapped the entire concept of “normal business hours” and even the idea of “a good night’s sleep,” keeping the doors open as late as 5 am if he needed, building a loyal clientele that made every tweak and adjustment to his plan worth it.

Shortly before its 50th anniversary, the store was faced with another critical, yet classic, decision of whether to change or stay the same — this time in the form of shuttering its flagship location to build a new one on the corner of Scott and E. Alabama. Percy “King” Creuzot III, the son of that adaptable creature who first started the business, wouldn’t dream of not rising to the challenge. 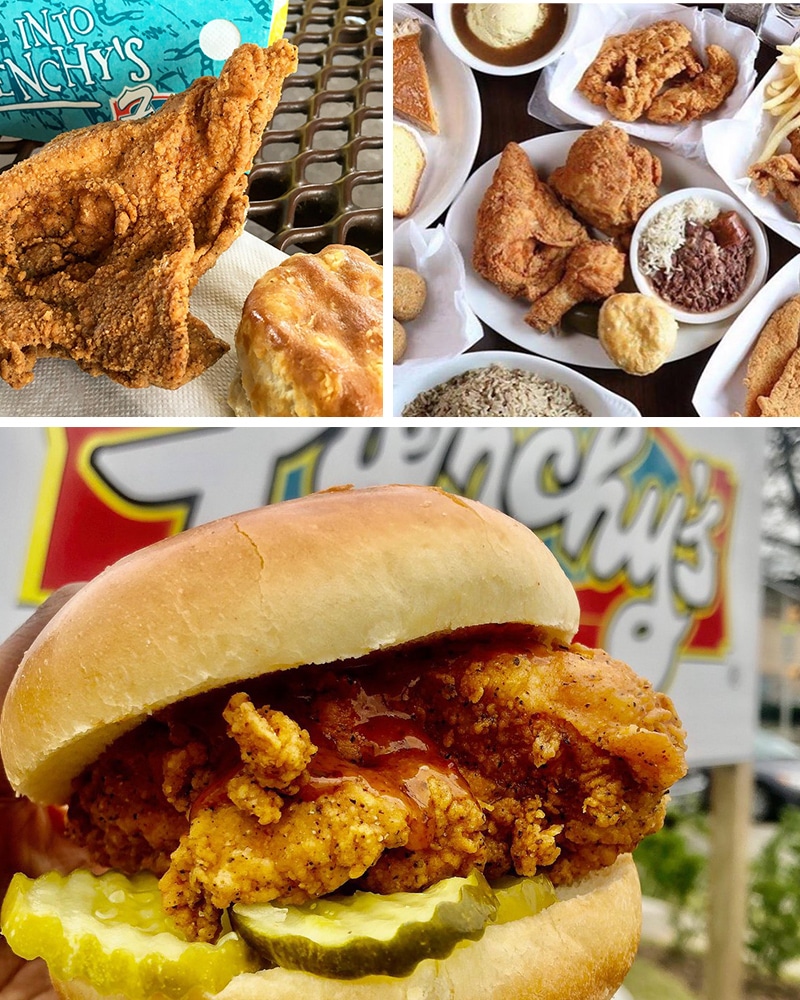 “My daddy taught us that things change and you have to roll the dice sometimes,” Creuzot III said. “And that’s what we’re doing, in a sense. Rolling the dice.”

Some say it’s the chicken, or the biscuits, or the red beans and rice, that has kept Frenchy’s on top of Houston’s fried chicken game for so long. While that certainly helps, a major part of Frenchy’s survival over the years has been its ability to gracefully and authentically adapt to change — a lesson that has been passed down from one Creuzot to another. But it’s not 1969 anymore, and the impending move will test the longevity of those lessons, and whether they can survive in an area that’s got its own plans for change.

The Third Ward neighborhood that Frenchy’s resides in has seen an avalanche of change since the days when Creuzot Jr.was roaming around in a VW truck selling oyster loaves and campus specials to the students at Texas Southern University and the University of Houston. New condos abound. A $125 million stadium has gone up. And the community worship center that it shares the block with has grown into a mega church that needs more space for a growing congregation.

“When Wheeler [Avenue Baptist Church] asked us and said they needed the land to expand their sanctuary, they told us, ‘listen, if you don’t want to let us have the land for whatever reason, we understand and we’re ok with it if you don’t.’,” Creuzot III, said. “But we decided that they do God’s work and who am I to get in God’ way? So the decision was easy for us to make, that we would let them have that property to expand.”

After coming to an agreement with Wheeler Avenue — a deal that was many years in the making — they moved to a location a few blocks from where it previously stood. Frenchy’s now sits on a lot that serves as an intersection of sorts for the “new” and “old” Third Ward. It’s not far from that $125 million TDECU Stadium and the sleek METRORail transit line, but it’s still a quick hop from the classic homes that reflect the essence of the historic area. They are still at “home.”

And there are lots of aspects reminiscent from the original as well.

“A good consistent product — that’s one of the lessons learned from my daddy that we’ll be taking with us,” Creuzot III said. “People have the same expectation every time they come, and the lesson learned is to give as good a product as you can produce. We don’t skimp, we don’t cut down on things.”

He also plans to continue the work within the community that has become an integral part of the success of their business operations.

“One of the things that we have learned is that you need to give back to the community. That’s something that my daddy always did and always taught us,” he said. “ So the people that stand in those lines and the people that purchase our products, we want to support them in whatever community they’re in or do things in the community that help our customers.”

These efforts include an ongoing philanthropic relationship with Texas Southern University, the Urban League, the National Association for the Advancement of Colored People, churches and other organizations with in-kind food donations.

The breadth of the company’s operations go far beyond its original intent of selling po’ boys. And with their history, there’s no way to predict the heights it might reach in its future.

“We’re going to take recipes with us, and a bright attitude toward something that’s getting ready to change. We’ve been there for 49 years. It can be difficult to imagine what is going to happen when you leave this old place that you’ve been in for 49 years, that people have been coming to for that long,” Creuzot III said. “We certainly hope that people continue to support us and that they don’t get there and say ‘ahh it’s not the same.’” 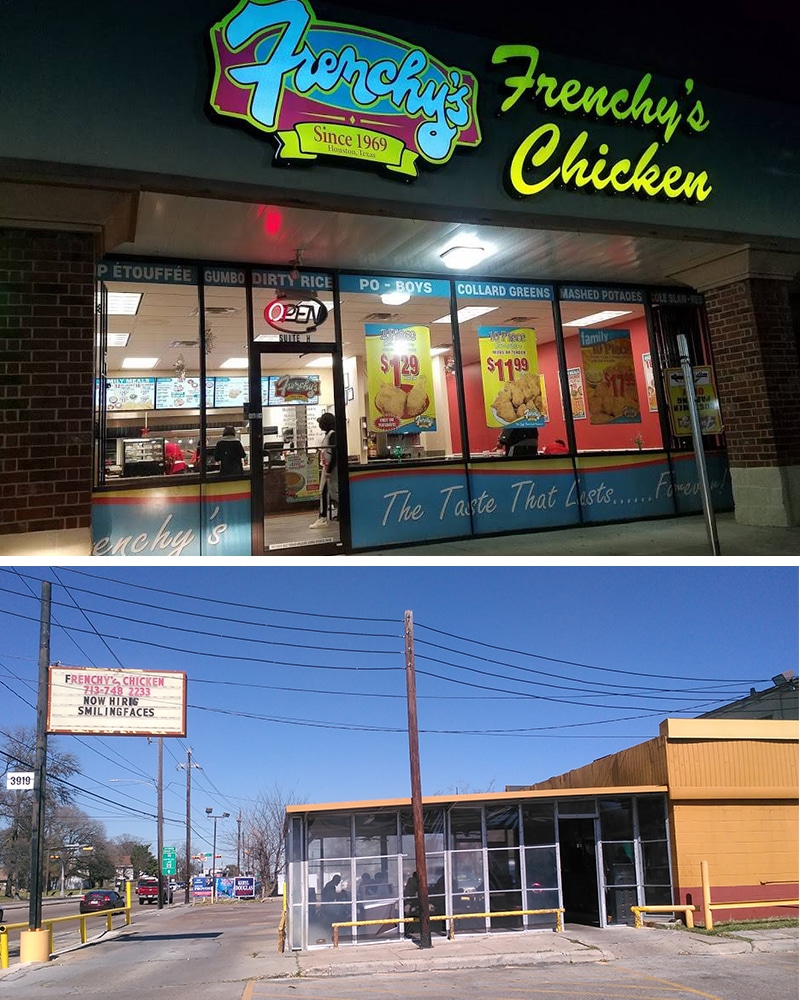 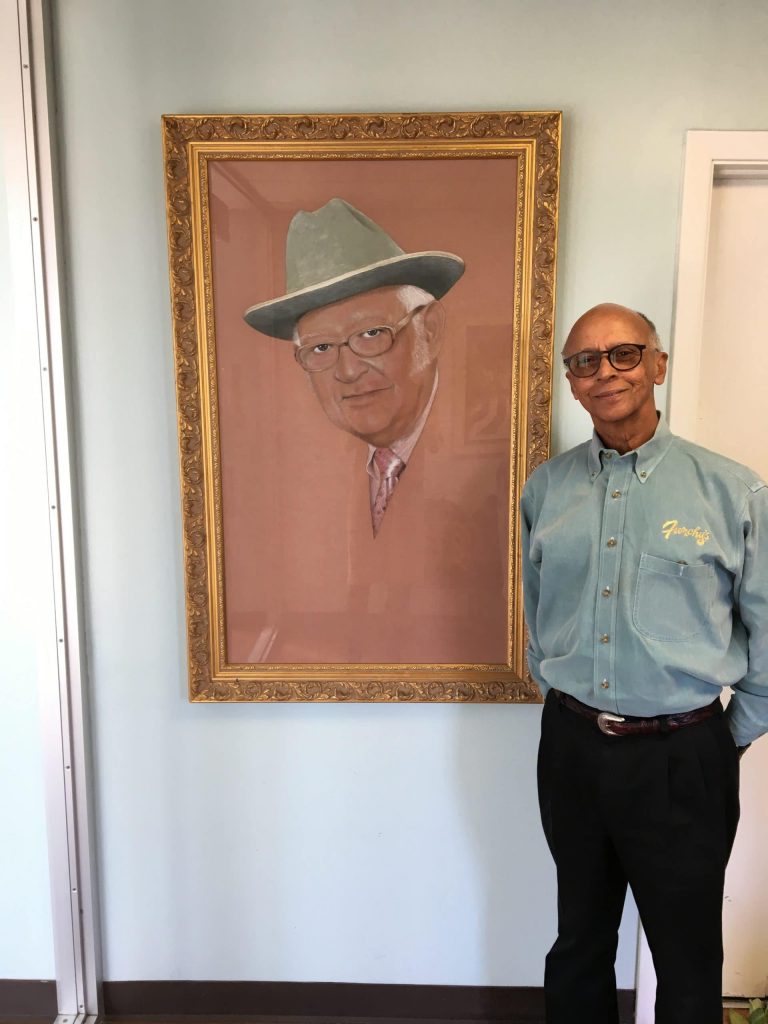