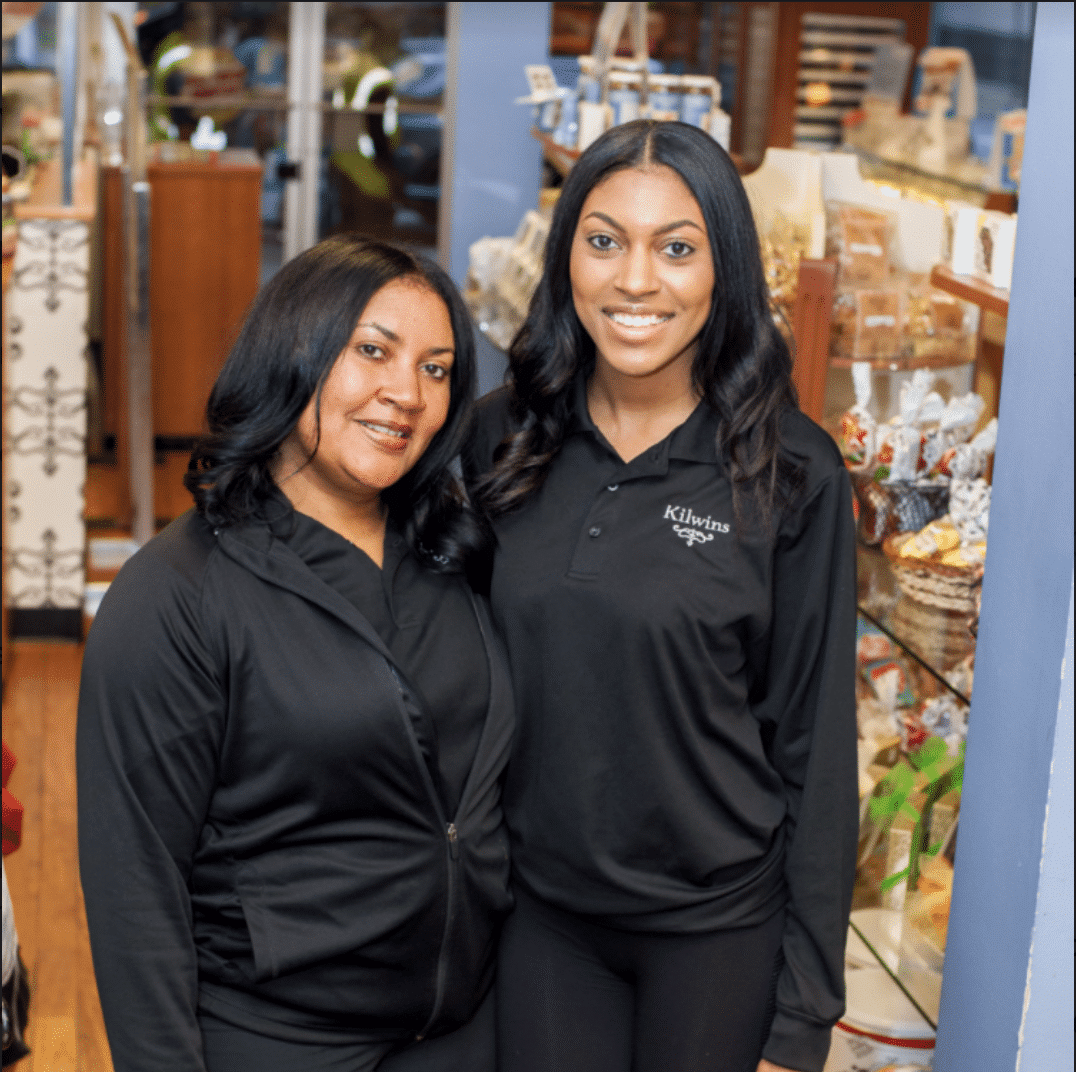 09 May Chefs Celebrate Their Culinary Foremothers on Mother’s Day

A mother’s cooking feeds both the body and the soul. It’s more than the skillful flick of her whisk or the dash of thyme she adds at the perfect moment. It’s the love she puts in every bite.

A recipe card can act as a love note between generations, passing comforting memories from mothers to grandchildren.

For families in the food service industry, these dishes are more than an idea for dinner. They’re a pathway to a greater legacy. This Mother’s Day, Black Restaurant Week talked with a few chefs about what their mothers, aunts and grandmothers taught them about life and cooking. 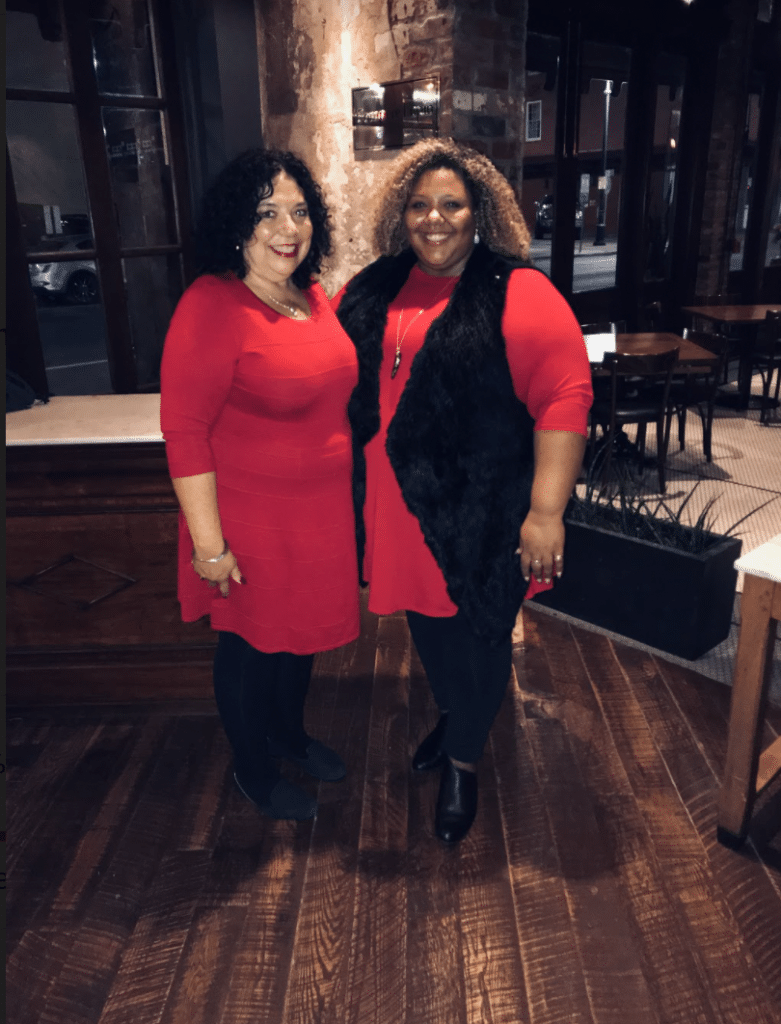 Judy Napolitano and her daughter Camille Napolitano-McDowell lost their jobs in 2009 during the height of the Recession. It turned out to be the push they needed to turn generations of family baking traditions into Camille’s Culinary Creations, a successful catering business, in Burbank, California.

“My mother,” Judy said when asked where she learned to bake. “We were always baking. I’m the youngest of seven, and back in the day, everyone always baked their cookies. No one ever got store-bought cookies. And I would always do the same with [Camille.]”

Camille said some of her favorite childhood memories are baking sweets, especially dozens of cookies, with her mom for Easter and Christmas.

“I have very distinct memories of baking with my mom,” Camille says. “I remember barely being able to see over the counter and having to stand on a stool next to her.” 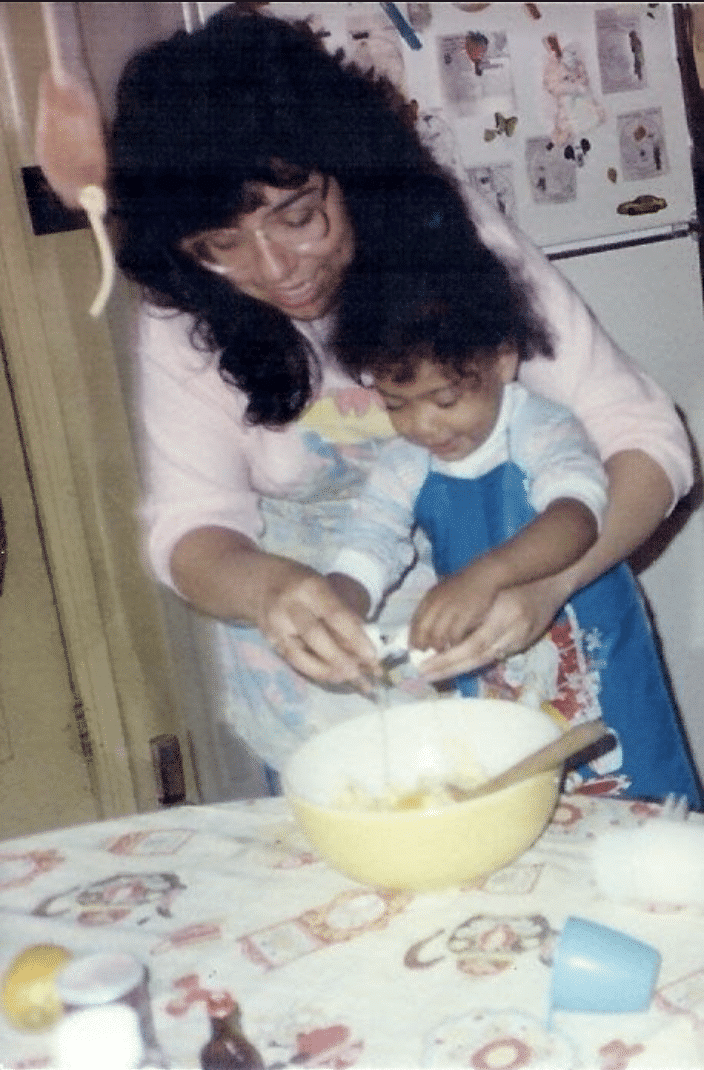 Baking for a large family was great practice for cooking in bulk. Judy believes it gave her daughter confidence early on in forming the catering services.

“It was just kind of the most natural thing to do. Let’s make food. Let’s bake things,” Camille said.

Judy said being a single parent with only one child, she has always had a special bond with Camille. She is proud to see her daughter become a chef and the determination they’ve both shown over the years. 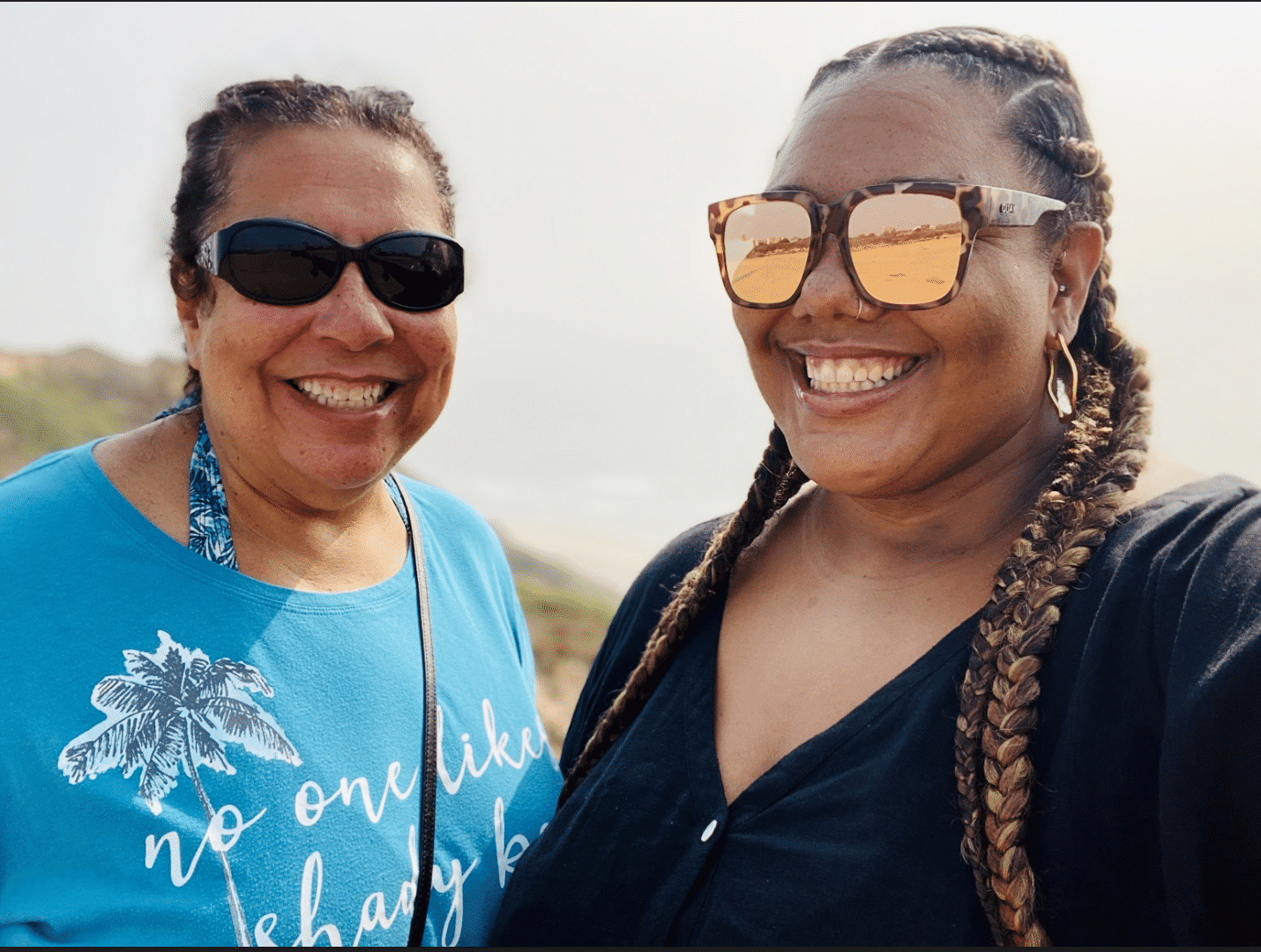 “It has changed the mother-daughter bond because we’re now business partners,” Judy said. “It’s been how the two of us made it together. We started with nothing and turned it into a successful business, and we’ve been doing this full-time for more than 10 years. It’s a proud moment to see that we’ve been able to do this.”

In 2008, Jackie Jackson lost not only her mother but her passion for real estate, as the death sent her into a depression. Everything changed one day when she stepped into a candy shop in Florida while on vacation.

“When I walked into the chocolate shop, the spirit of the shop and everything I saw, my mother’s spirit came over me,” Jackie said. “It reminded me of when I was a little girl and she used to take me to the candy store. Everything about Kilwins brought on memories.”

Today, Jackie and her daughter Janel are the proud owners of three Kilwins locations in Chicago, including Hyde Park, Michigan Avenue and soon a storefront at local hotspot Navy Pier. They are the only Black owners within the Kilwins franchise, which comprises more than 150 locations across the United States. 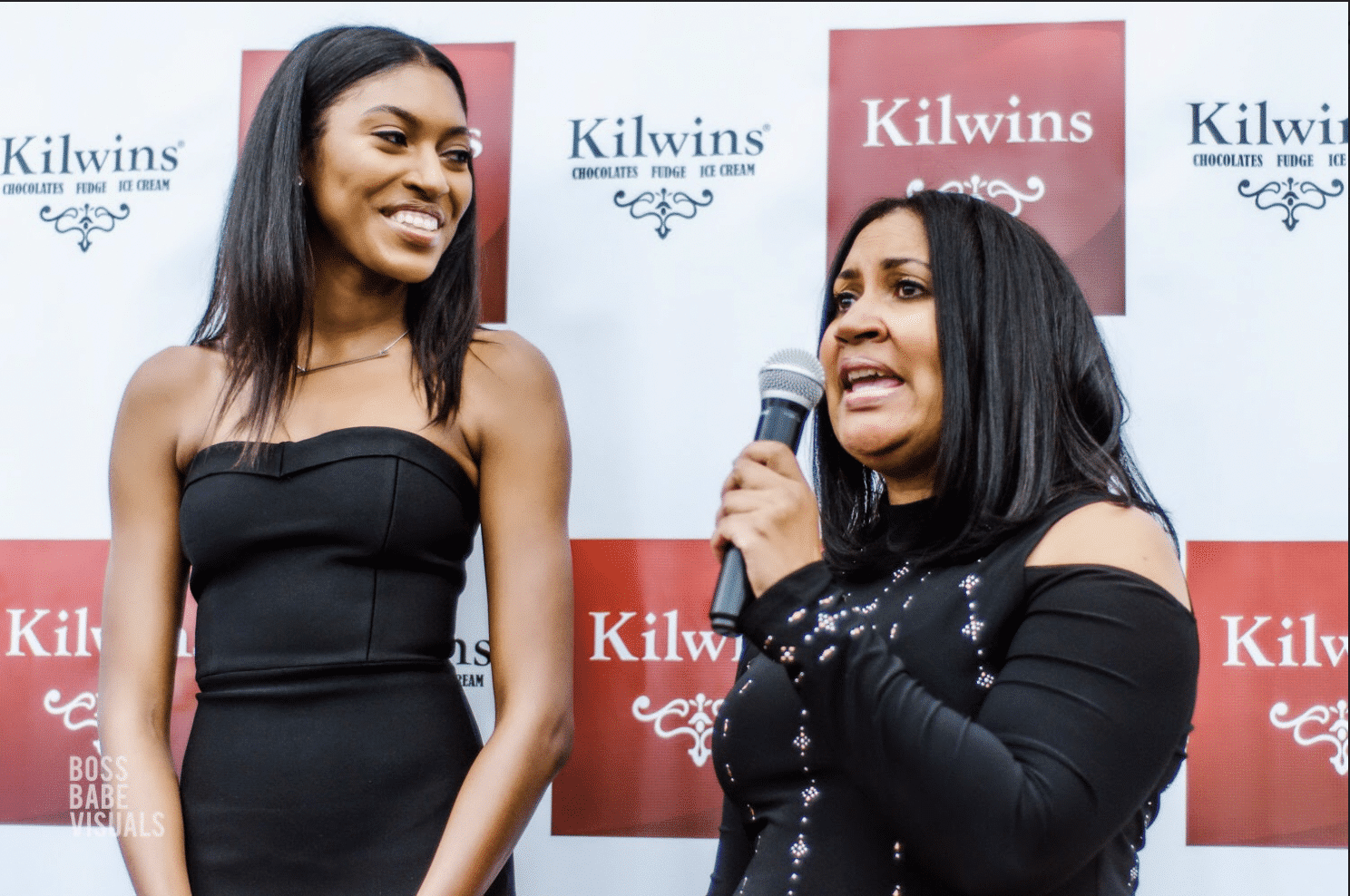 Jackie said it wouldn’t be possible without the support of her daughter and their shared belief that anything is possible. In fact, Janel was about 14 years old when she and her mother created a vision board outlining their future.

“We believe if you put positive energy out into the universe, it comes back,” Jackie said. “We took a picture of Oprah. We put Navy Pier. We put all these wonderful things that we wanted. And I’m going to be very honest with you, everything on that vision board has come to fruition.”

Throughout the journey, they have been a support to each other. Knowing her daughter has inherited her persistence and unwavering work ethic is a blessing, and she is thankful Janel has had a fundamental role in building the family legacy.

“I’m a very determined person because of her,” Janel said. “My mom is extremely driven. My mom is going to shoot for the stars. And because I’m my mom’s only child, she has always instilled that in me.”

Having worked at Kilwins since her early teens, the shops are a special part of  their relationship. Janel also couldn’t be prouder of her mom having watched Jackie’s growth firsthand, too. 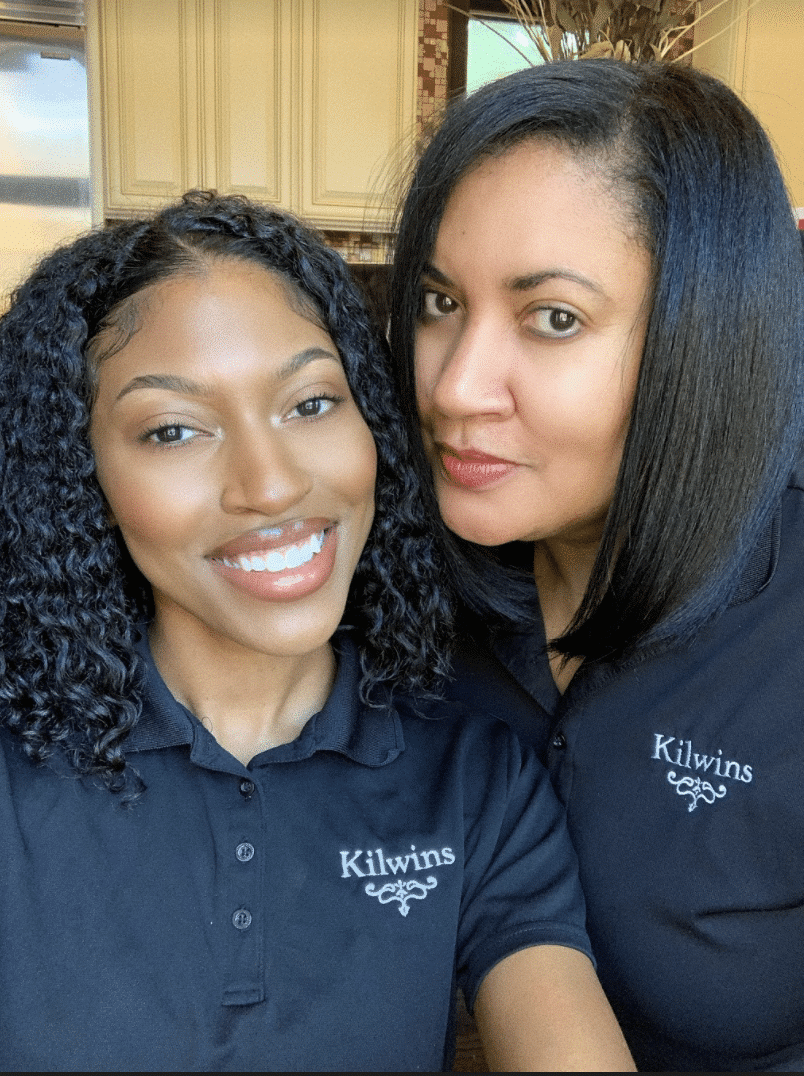 “It was really cool being a student with my mom as a 14-year-old, both of us not knowing anything and having to learn together,” Janel said. She remembers undergoing a two-week training program together at Kilwins headquarters in Petoskey, Michigan. “Everything was super brand new to us and foreign, and so it was really cool just being with her during a time when it all began.”

Following college, Janel found herself at a crossroad where she could pursue a corporate career or become part-owner of the family business.

“A lot of people don’t have the opportunity that I have as far as continuing on a legacy and the foundation that my mom has set for me,” Janel said. “I felt like it was a once in a lifetime opportunity. I would be a fool to have witness my mom put in blood, sweat and tears and to not be a part of that.”

Twenty-seven years old, Janel is now an official Kilwins owner and excited to enter the family’s next venture, which is joining the Fatburger franchise. She said it’s a project she hopes will uplift the local community. 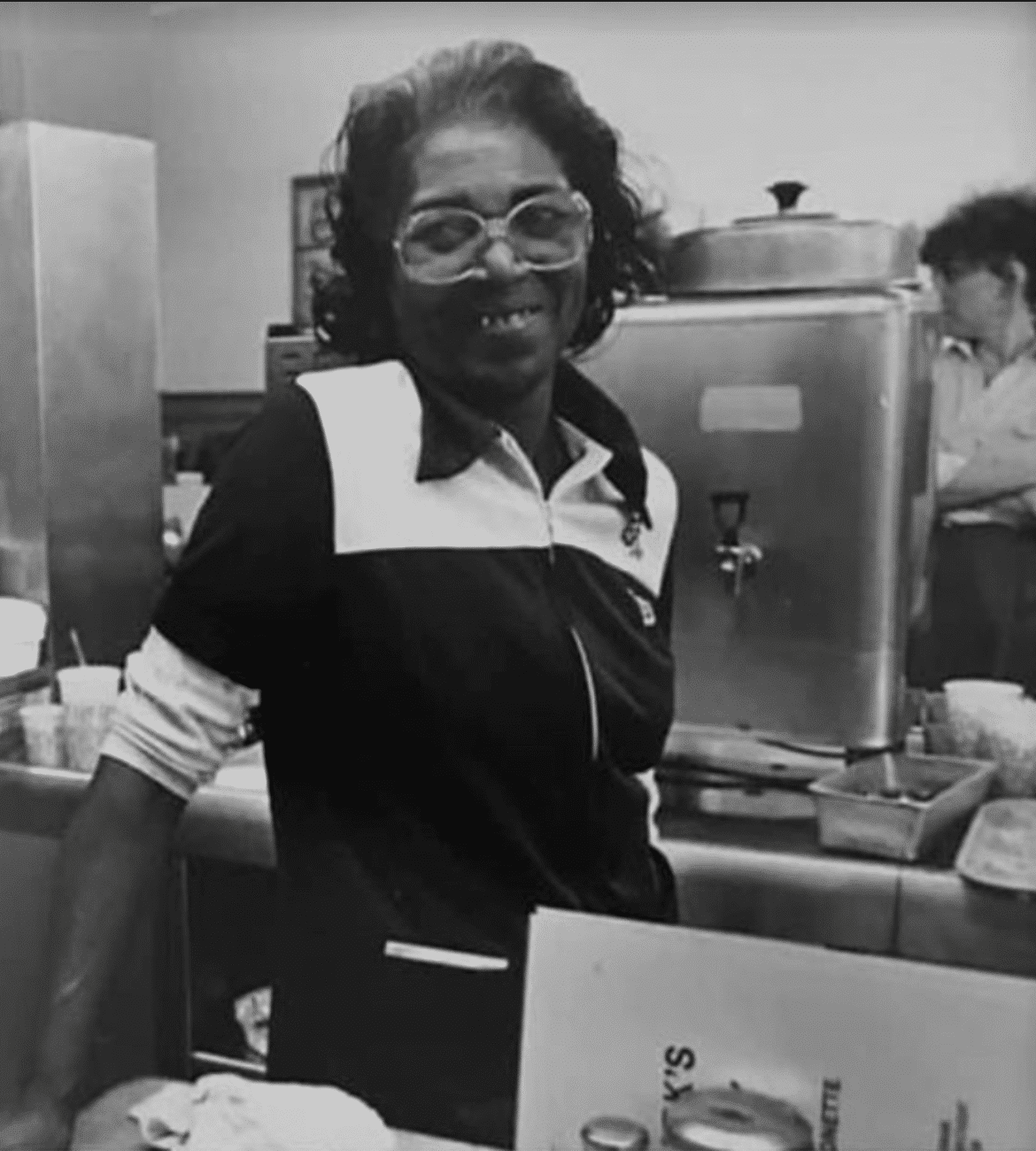 Nana’s Southern Kitchen is bringing the residents of Kent, Washington a taste of the South, always served with the most important ingredient: hospitality.

“My great-grandmother would give you her last,” Owner Todd Minor said. He named the restaurant in honor of the family matriarch, Myrtle, who was known affectionally as Nana. “If you knocked on her door at 1 a.m. and you were hungry, she would get out of bed and make you something to eat. She wouldn’t fuss at all. She just took such a genuine passion and interest in the needs of other people.”

That compassion is just as integral to the success of the soul food restaurant as Nana’s delicious recipe for green beans and country fried chicken, Minor said.

“If we close at 7 o’clock but you knock on the door at 7:15 and folks are still in there and the fryers are still on, my staff will open up the door and serve you because Nana would never shut the door on anybody. We try to personify that each and every day. For me, the lesson from her, is to treat people better than you would want to be treated.” 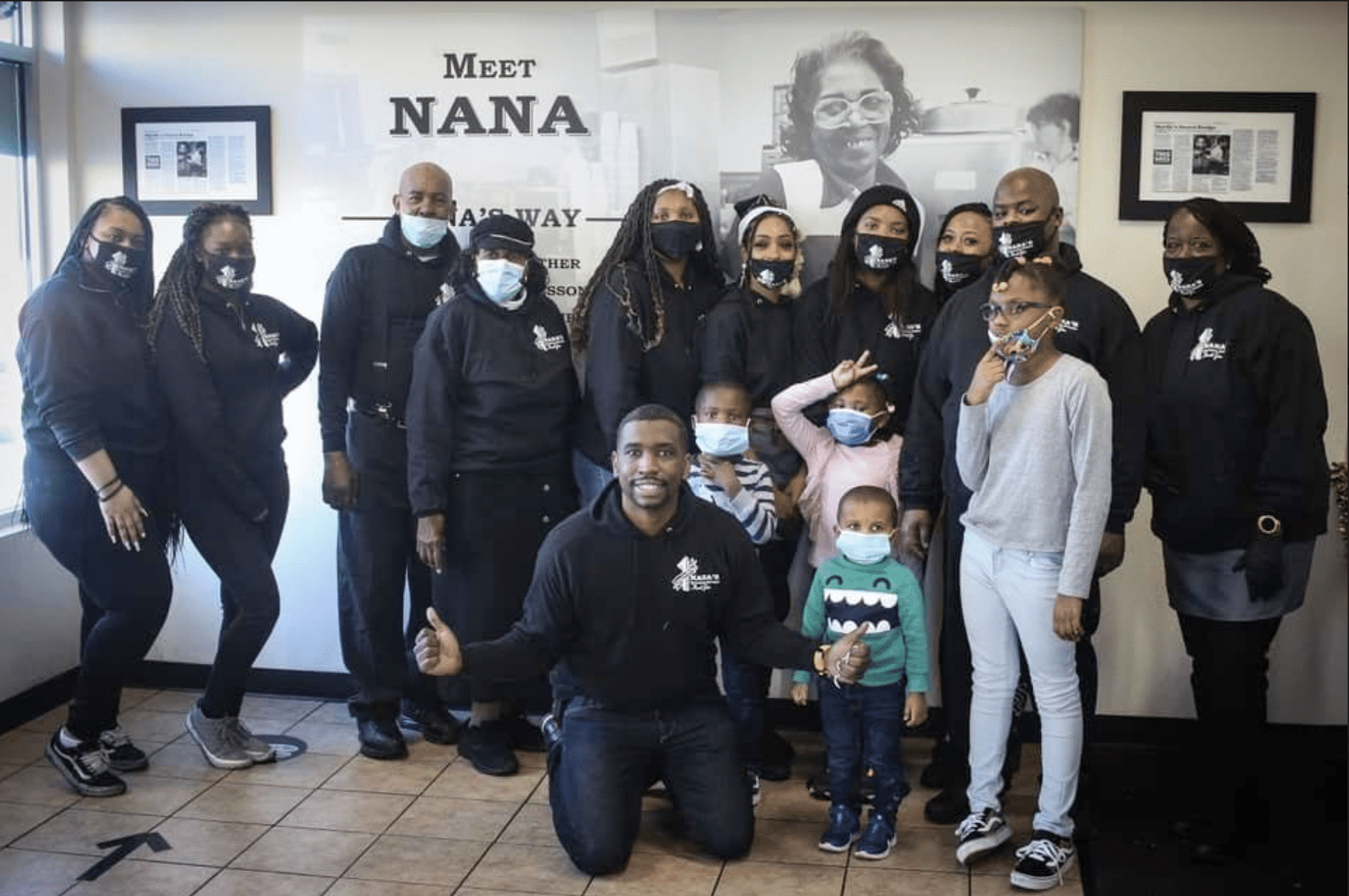 Minor said he was too young to cook, but his great-grandmother would let him help with preparations. She taught him how to peel potatoes and finely cut greens while sharing stories about the South, the love of her life and experiences passed down from other family members.

In that kitchen, Minor bonded with his Nana, and those recipes have become a bridge between him and his customers. The owner said on multiple occasions, he has witnessed a customer take a bite of their food and begin to cry.

“They’re not crying because these are the best yams they’ve ever had. They’re crying because it attaches to a memory that they had with someone in their family,” Minor said. “And then you just hug them. It’s corny to say, but that moment is priceless to be able to make that memory for somebody. I cherish it, and I’m humbled by it. And it’s real.”

Minor and his family closely follow Nana’s recipes, but some dishes— like the now meatless green beans— have been slightly altered. 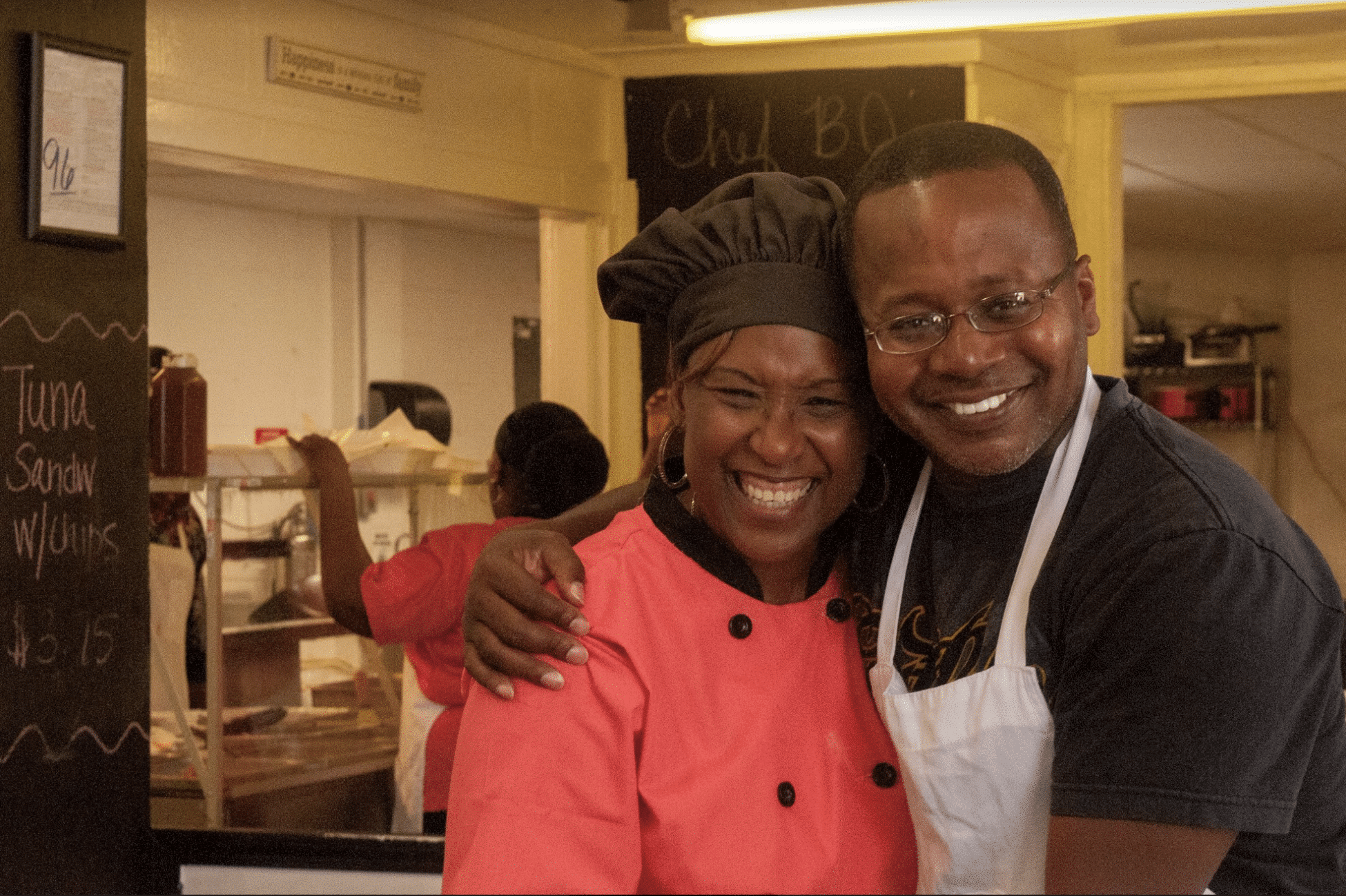 Kimberly Buford helps run 2 Southern Belles in Mobile, Alabama, which is named in honor of her grandmother Estena and great-aunt Dolly.

Cooking traditions have a deep history in her family. Buford said her grandmother’s father was a baker and the first generation of her family to be freed from slavery.

“All of our generations, food just played a crucial element,” Buford said. “[Estena], she was a domestic. She cooked for White folks—that’s what she did. I think she had a sixth-grade education. She cooked for wealthy White people in Mobile, and so over the years, my grandmother could cook anything.”

Buford said her mother taught her and her four older brothers how to cook. She was in the kitchen at 8 years old, sautéing root vegetables and stirring a roux. The earliest dishes she remembers learning from her mother are lemon pound cake and spaghetti.

However, it was her grandmother and great aunt’s cooking that feed her intrigue in the culinary arts.

“I would never forget it was an Easter Sunday, [Estena] made an authentic English dinner with blood pudding, mint jelly and a suckling pig,” Buford said. “That’s one of the things that amazed me growing up, my grandma could literally cook anything, and it was so amazing. And I was like I want to be able to do that.”

When she and her siblings began having their own children, it was time to start teaching the next generation how to cook.

“I would give every child either a dessert or hors d’oeuvres,” Buford recalled the family’s Christmas Eve tradition. “I would give them the recipe, and so we would basically hold cooking class. And everyone had to cook something— mine, all my brothers’ children.”

Buford said they would make stuffed mushrooms, bacon-wrapped oysters, pot stickers, apple pies and sweet potato souffle, to name a few. Of course, teaching a room of nieces and nephews came easy to Buford. She has been teaching high school for more than two decades, including an introductory class to the culinary arts.

Buford shares a love of cooking with her three children, including her eldest who co-hosts the food podcast Gourmet Hunters on Spotify and her youngest who is preparing for culinary school. Recently, they all catered an engagement party for her niece, bringing back all the excitement Buford feels cooking with her children.

“It’s not just that they look at a recipe, and they have to follow it step-by-step, but they want to go into the kitchen and create. They want to take it over the top. They want to make it their own,” Buford said. “That right there is worth its weight. That’s it. That’s what I love.”