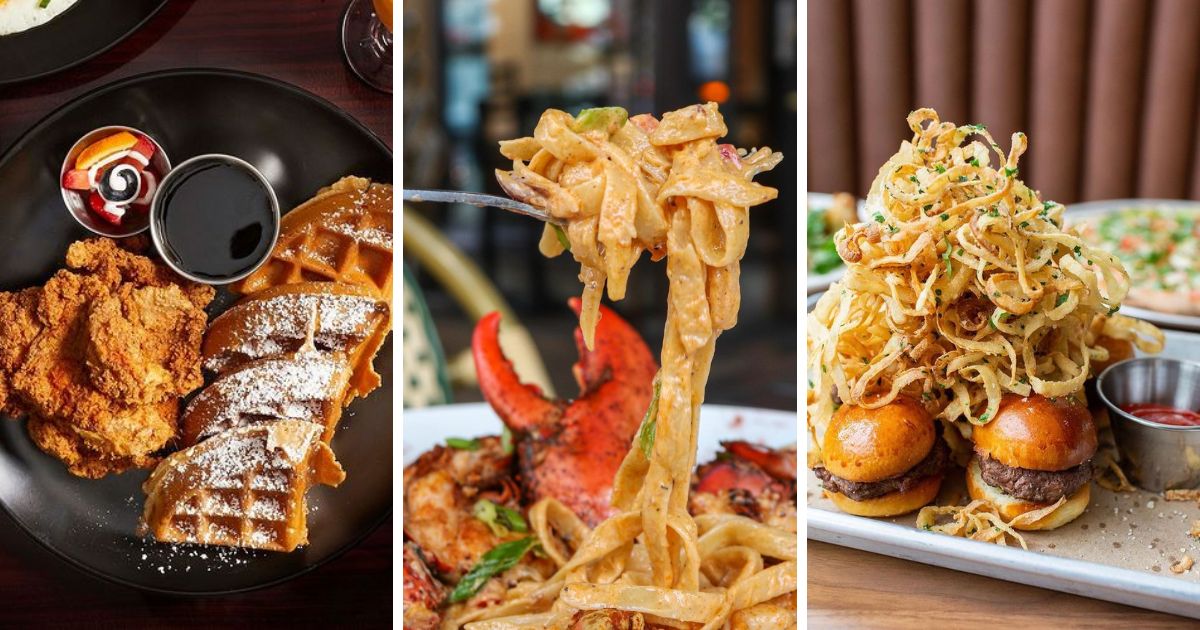 18 Jul Black Restaurant Week in the DMV: From Local History to the Food That Feeds It 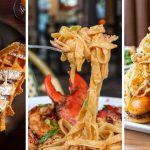 Washington, D.C., has long been ahead of the curve when it comes to Black culture in America. About a quarter of the city’s population was African American by 1800 — just nine years after the nation’s capital was founded — and by 1830, many of those folks were already free. This trend was well ahead of the curve in most states, and D.C.’s own Emancipation Proclamation preceded the national version proclaimed by Abraham Lincoln by nine months. Between the progressive abolitionist views and plentiful federal work opportunities, it’s no wonder the community’s foundation remains strong to this day, hundreds of years later.

Black churches in the D.C., Maryland, and Virginia areas (or “the DMV”) date back to 1839, with the Nineteenth Street Baptist Church still serving as a house of worship. Intellectual centers like Howard University sprang up in the 1860s, fostering a national learning hub during the heart of the Reconstruction Era. It was here that Martin Luther King, Jr. made his most important speech, immortalized in the monument dedicated to his legacy in 2011. And through it all, Black culture made its impact. From Go Go Music to the “Black Smithsonian” (the National Museum of African American History & Culture), folks can taste it in the air — but not anywhere quite like in the DMV’s best Black-owned restaurants.

For Black Restaurant Week, it’s more than just about the tasty food hungry patrons will savor. It’s about the hard-won and powerfully preserved traditions that go back even to before some of these dishes ever graced these shores. Then there is the cuisine that evolved from countless creative chefs forging their palates that have become American in their own right. So be sure to sink your teeth into some of the best: Here are 11 to add to your foodie crawl! 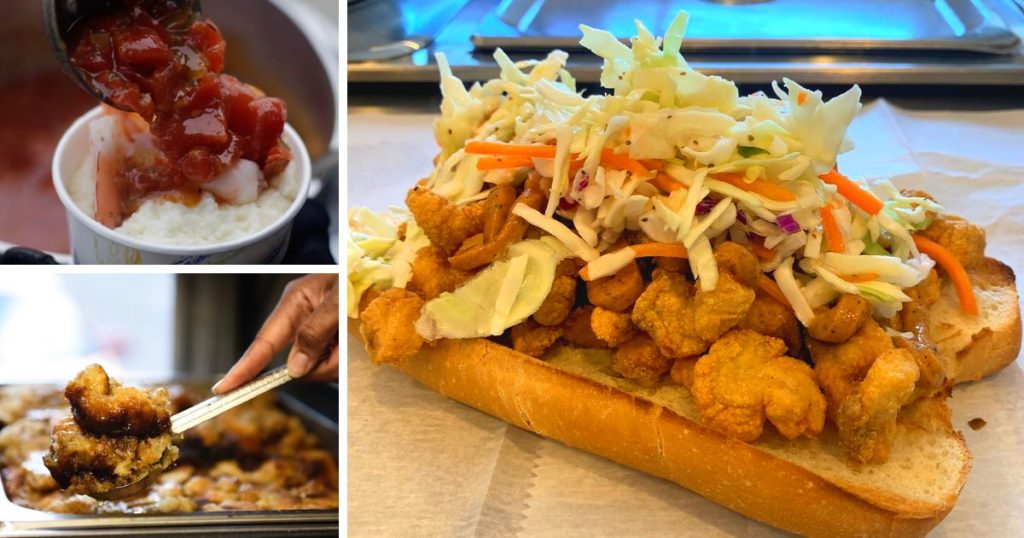 If you’re looking to serve up outstanding Southern comfort food at your next soiree, then you have to check out Puddin’. Proprietress Toyin Alli has been toiling over at the Union Market on 5th Street North for over a decade, dropping amazing victuals like Shrimp n’ Grits and artisan Etouffee. You can also cater out one of her trucks if you want your party guests to never forget what you did for them! And don’t forget their famous Brown Butter Bourbon Bread Puddin’ for dessert! 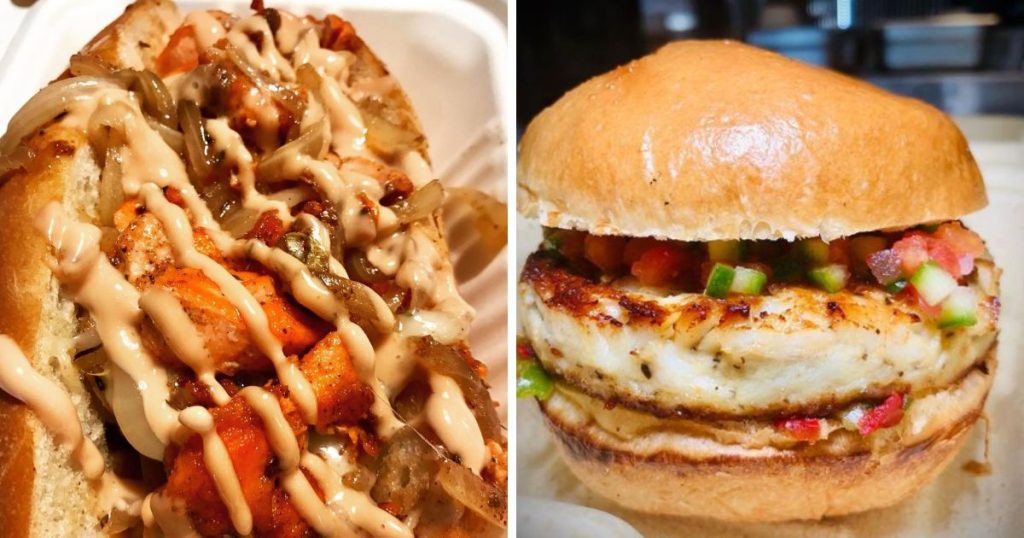 Look, everybody loves a good cheesesteak, but Fishscale is literally off the hook! Seafood-based versions of everybody’s Philly favorite focus on sustainably sourced, wild-caught fish for their famous sandwiches. That means every week, or even every day, you might see a different species on your plate (last we looked, it was Salmon Jerk and Chesapeake Blue Catfish). Found on Florida Ave NW, just down the road from Howard University. 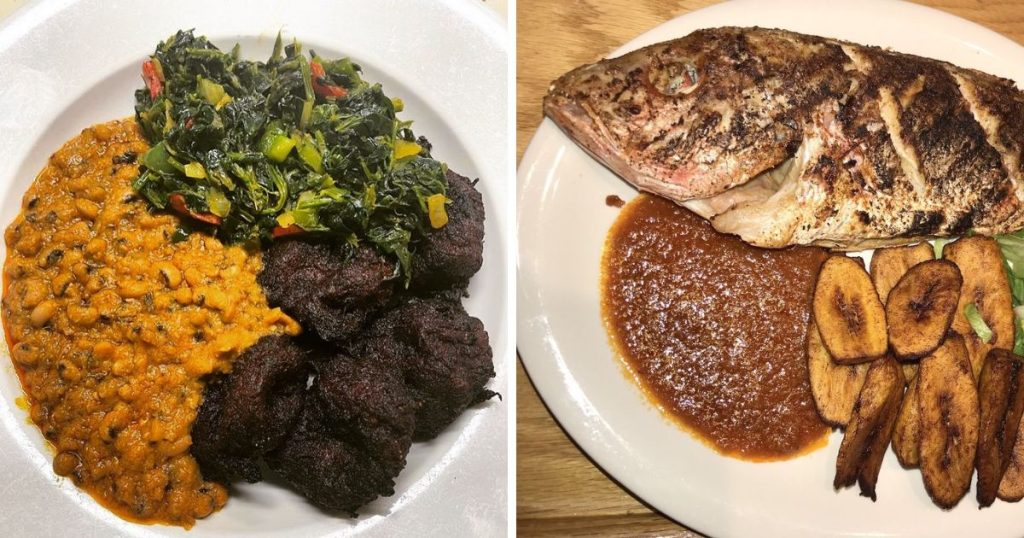 Nestled between the Howard University Medical School and the Lincoln Theater — known as D.C.’s “Black Broadway” — Appioo brings home a taste of the Motherland. The exquisite Ghanian cuisine is coupled with hot tunes. Live music graces this hoppin’ spot’s amazing dishes with Afrobeats and Reggae pairing with house specials like the meat-filled, deep-fried fufu dumplings and waakye — slow-cooked rice and black-eyed peas in a special sauce. Come for the food; stay for the beats! 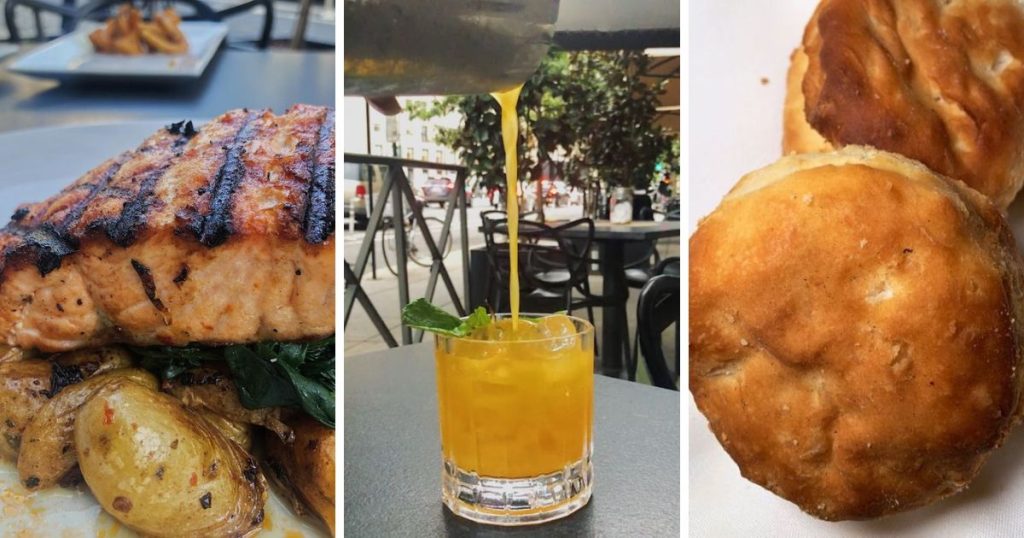 In a place like the DMV, where they enjoy a vast array of riches when it comes to Southern Cuisine, it almost hurts to pick just one as the best. But sweet Georgia Brown’s is the place! Upscale with well-dressed patrons, this place especially swings from the kitchen to the stage with its live jazz brunch Sundays! Tracing its recipes to Virginia’s lowland traditions, you will savor elevated variations of Southern faves like smoked turkey collards and Ma Brown’s biscuits. And those who enjoy adult beverages are encouraged to give the Peach Martini a sip! 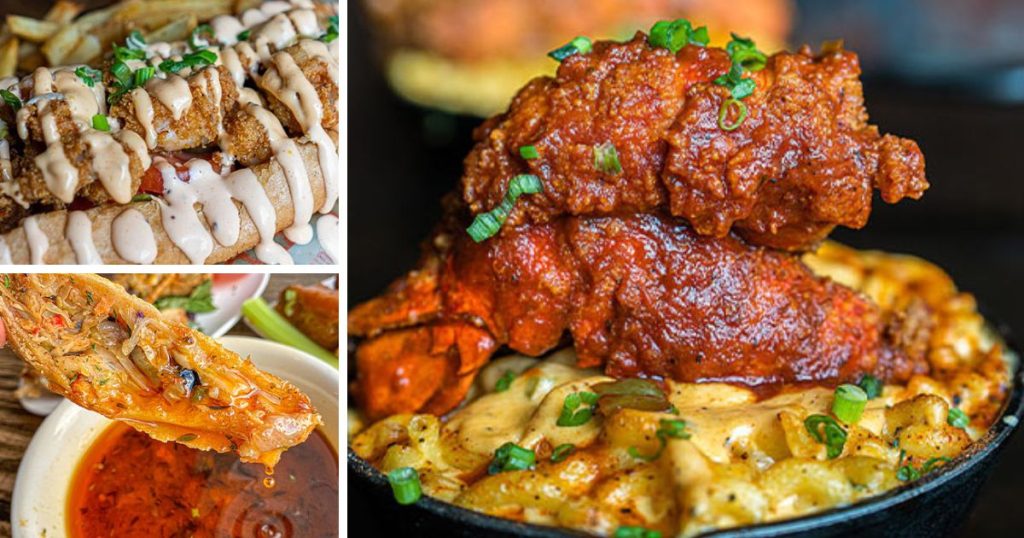 You might think the best Po Boys in the world are in New Orleans — but in the DMV, it’s just a five-minute drive from the away from the Philip Randolph Monument at Union Station. Check out Po Boy Jim Bar & Grill’s website, and you’ll see they’re so serious about these incredible sandwiches.  Get your fill at the D.C. or Columbia, MD, locations for whatever you want to fill your bread with crawfish, catfish, pulled pork, and the “Atlas” that is loaded up with chicken, bacon, and shrimp. And you better believe they got beignets too! 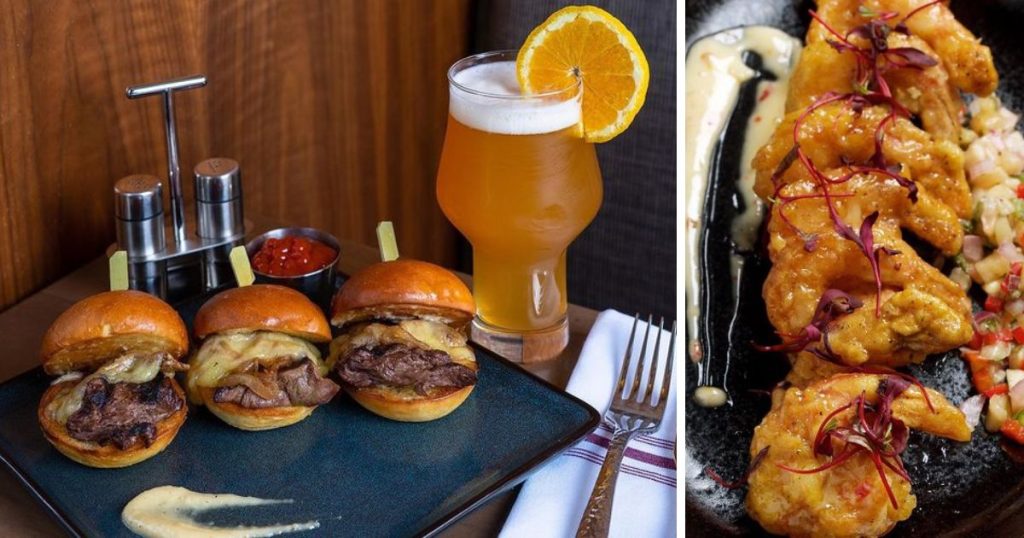 Did somebody say New American cuisine with a modern twist? That’s exactly what The Delegate dishes out! The elegant, exposed brick setting sets the mood for a meal that will seem deceivingly familiar yet levels up your dining experience. The Maryland crab and corn chowder is a local favorite, and the pork chops must be tasted to be believed. Brunch here is served daily, so check out the RumChata French toast or crab hash if you’re nearby! 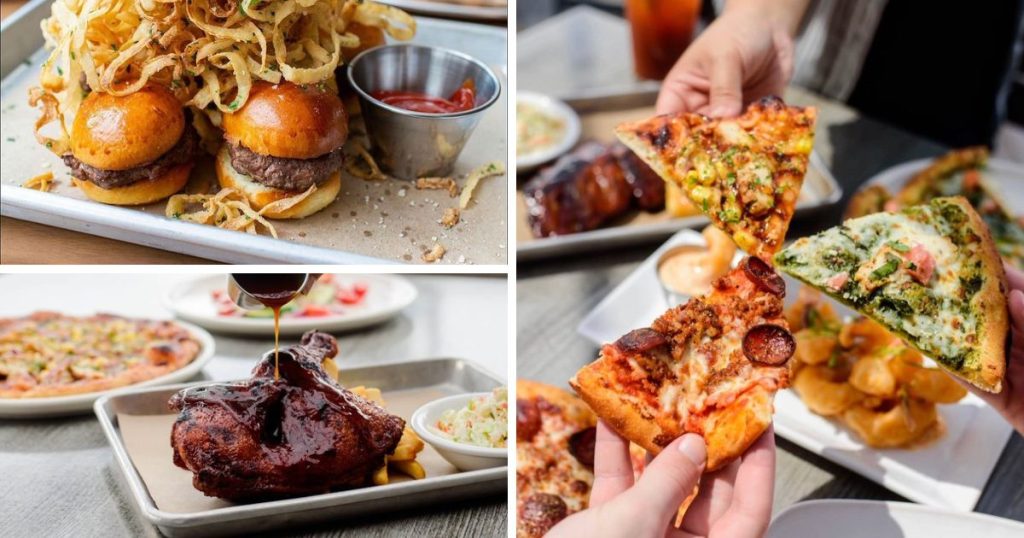 Sorry, New York, but the DMV knows how to do pizza right, too! Matchbox is a beloved mainstay that serves up wood-fired wonders at over a dozen locations from D.C. to VA and MD. There are even two of them in Florida! Their spot on 8th Street SE on Capitol Hill is just 10 short blocks from the Emancipation Monument in Lincoln Park. Its refurbished 1927 warehouse space features exposed lumber and luminous skylights. As for the pizza, check out their signature pies like the chipotle-drizzled “Fire + Smoke” or the “Fig + Prosciutto.” 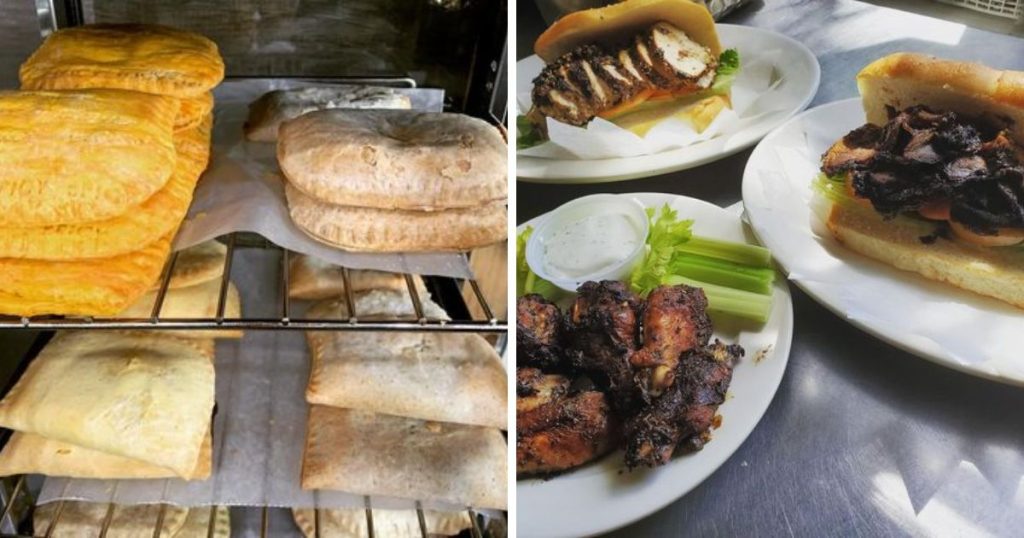 There’s nothing quite like a taste of the islands, is there? Hardcore Caribbean foodies must set sail for Peaches Kitchen Restaurant over by Takoma Park. These folks are serious about their authentic Antilles fare: jerk chicken, oxtails, curry goat, and stuffed tilapia are all on the menu. You can also take home their homemade jarred marinades like pineapple ginger and jasmine lemonade. Inside, you’ll find a casual, familiar space that feels just like you’re hanging with relatives on a warm tropical night! 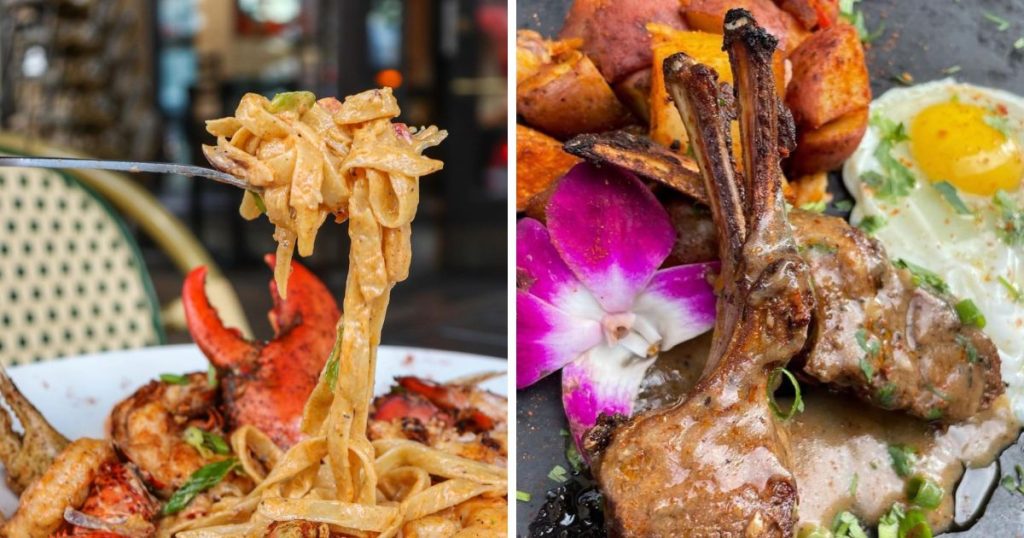 Sleek, slick, and special — especially after dark — Creole on 14th in the undisputed coolest place in the DMV for real-deal Creole cuisine. With a speakeasy-meets-upscale vibe, the neon sign lights up the nighttime around here, where a special menu features some ridiculously incredible rums and craft cocktails. Before you wet your whistle, be sure to try selections from the fresh oyster bar or perhaps the panko spiced lamb chops. Before the 10 p.m. switch to a more couples-oriented setting, the kid’s menu will cater to any little ones you may have in tow. It’s straight-up Louisiana cuisine. Just follow the fleur-de-lis! 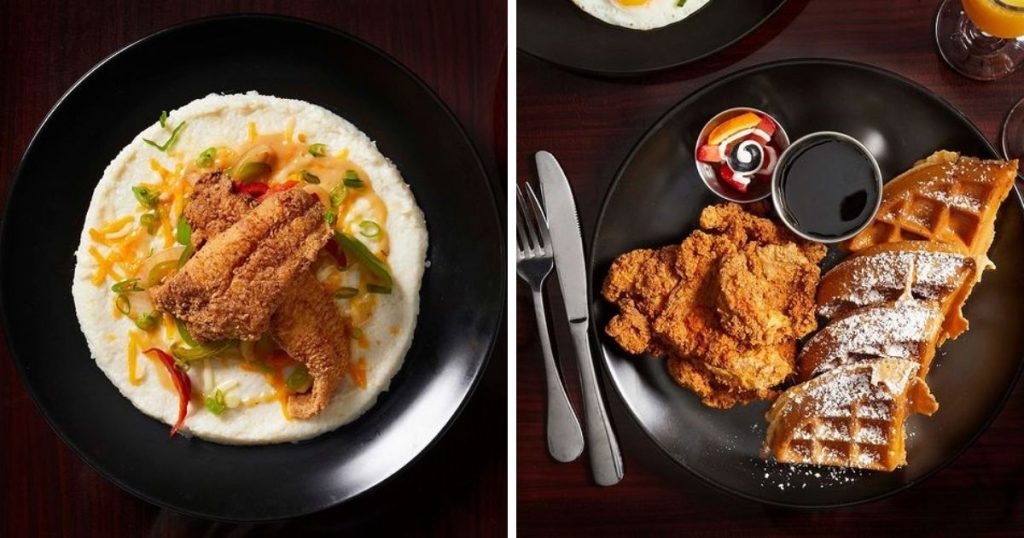 If you’re visiting the African American Civil War Museum and Memorial and feel like you have to refuel with some serious soul food after taking it all in — this is the place. Right around the corner on U Street is Oohh’s & Aahh’s, D.C.’s top stop for some serious down-home cooking. Catfish and grits? Check! Beef short ribs? You better believe it! Save room for some mac n cheese and, of course, a sweet peach cobbler to finish things off. One thing, though: The U Street location is takeout only. So maybe think picnic or a feast back home. The Georgia Avenue spot up by Brightwood is where you can eat-in. 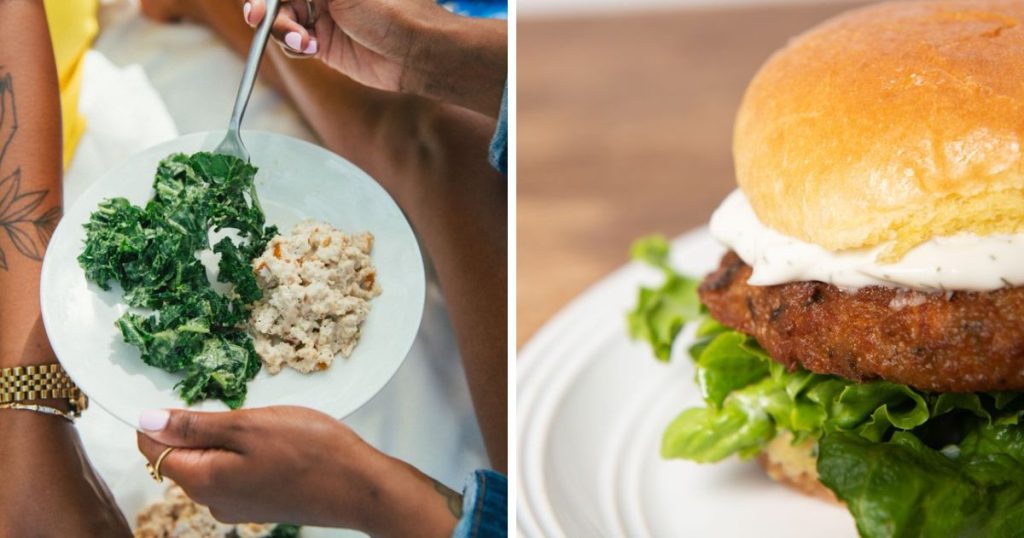 For those living the vegan lifestyle, never let it be said that the DMV cannot please! With locations in D.C., College Park, Baltimore, and Richmond, NuVegan Café has a long reach. There’s even one right on the Howard University campus. A family business with an eye for fostering a cultural community, healthy eating never tasted so good. You can even “try before you buy” at their salad bar or just order menu items. Don’t let the laid-back cafeteria style fool you: This food is out of this world. Fresh cornbread, okra & tomatoes, and how about some vegan crabcakes! Even the carnivores in your group will love this one.