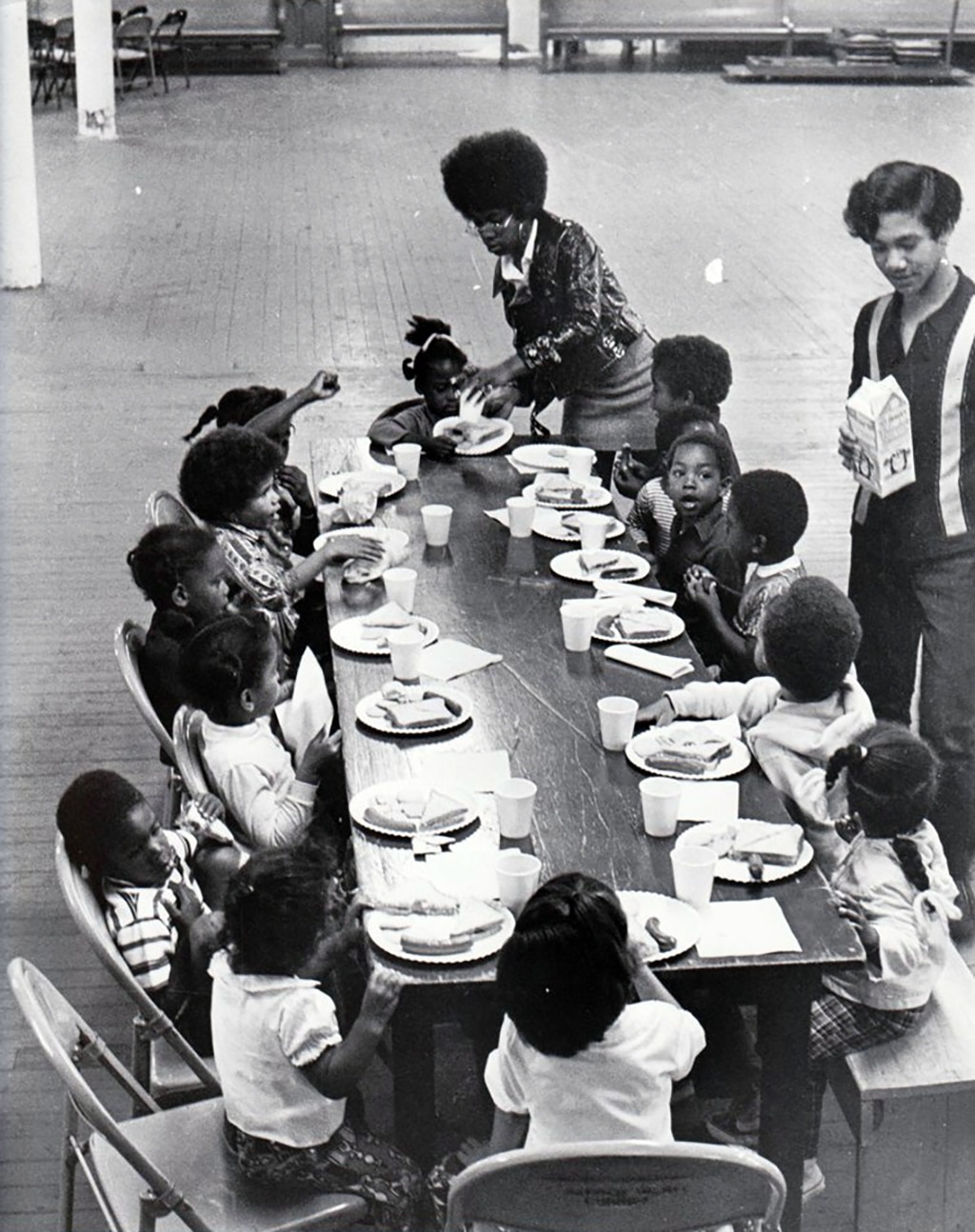 The Black Panthers’ Free Breakfast for Children Program was exactly what it sounds like. It was eggs, grits, bacon and sausage, prepared and served at no cost to children and their parents. But for those who understood the nature of revolutionary politics – including then-FBI Director J. Edgar Hoover – the program was much more than that.

The Panthers weren’t just feeding empty stomachs – they were feeding an idea.

The idea itself was not rooted in charity. According to the Panthers’ highly developed political theory, charity – while a nice gesture – served as a band-aid that not only failed to address the root causes of social issues, but ultimately left those root causes intact. The idea was to awaken the masses to the material aspects of their political reality.

In Blacks Against Empire: The History of the Black Panther Party, authors Joshua Bloom and Waldo E. Martin Jr. say that the program aimed to “shed light on the government’s failure to address childhood poverty and hunger – pointing to the limits of the nation’s War on Poverty.” In her article Feeding the Revolution: The Black Panther Party and the Politics of Food, Mary Potorti writes that the goal was to call “attention to the bipartisan failure to establish or maintain a defensible, human hunger safety net.” In her memoir, former Panther Elaine Brown said the purpose of the program was to both alleviate hunger and to sharpen “the contradictions between haves and the have-nots, between the powerful and the powerless, the oppressor and oppressed.”

Considered from that angle, the free breakfast program was no different from the Panthers’ strategy of armed self-defense. While there was shock value in seeing a militarized group of Black people in the 1960s, the goal was not to seek violence. It was to expose the government’s failure to protect Black citizens from police brutality and harassment; to show that armed self-defense had become the community’s only recourse from racist agents of the state.

The Panthers used their Survival Programs to highlight the harshness of the political and socioeconomic realities of poor Black people in the richest, most powerful country in the world. But as philosophical as their strategies and programs were, the real-life impacts were manifold. According to Bloom and Martin, the Party claimed to have fed twenty thousand children in the 1968-69 school year.

The program “spread like wildfire,” they said, becoming the most important Panther activity. “At the height of the effort, between 1969 and 1971, at least thirty-six breakfast programs were operating nationwide with larger chapters running multiple sites.” Not only did that have the ripple effect of easing the financial strain on households in those communities, it helped secure a strong foundation for the kids to learn on. Because kids – or anyone for that matter – can’t learn on an empty stomach.

But the programs didn’t just impact children and their families, they had a profound effect on the communities at large. From storeowners to gamblers to gang bangers, there was widespread support for the free breakfast program. People offered to work as volunteers; store owners donated bread, eggs, bacon, sausage and paper products; churches and other community-based organizations agreed to host. Of course, not everyone was supportive, but many were.

To this day, the Black Panthers’ Free Breakfast for Children Program is one of the most iconic moments in the history of grassroots organizing. It’s a reminder that the most basic aspects of our existence are not basic at all; that food is not just food. Food is politics. It is economics. It is justice. It not only feeds people, but ideas.