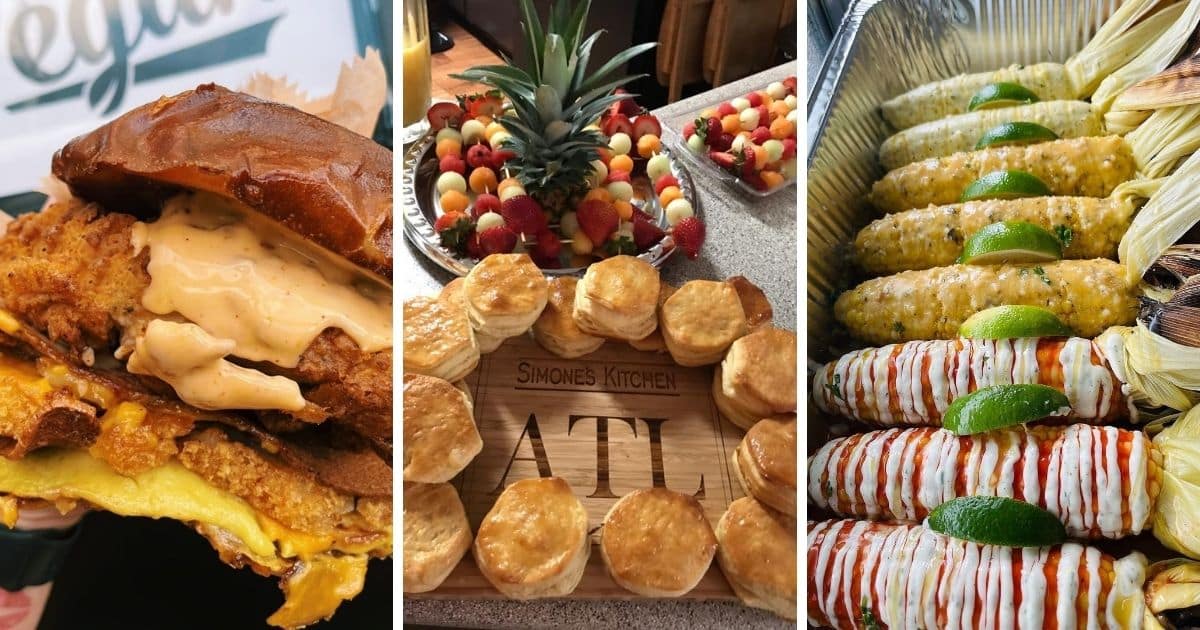 Posted at 16:46h in Foodie Guide by Black Restaurant Week 2 Comments
1 Like 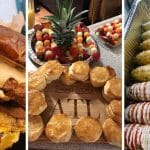 Birmingham, Alabama, is a city that is almost synonymous with the heart of America’s most important social justice movements. The Civil Rights movement has some of its most important foundational history here, from the activism and leadership of Dr. Martin Luther King, Jr., to the 1963 attack on the Sixteenth Street Baptist Church that took the life of four little girls and shook the nation’s conscience. But even before that, the Black Fourth Avenue Business District uplifted the community, galvanizing it for the struggles to come — and which continue to challenge the country.

And through it all, Birmingham has maintained its magic through the spirit of its Black community.

The Alabama Jazz Hall of Fame at the storied Carver Theater celebrates the musical innovation of the folks who conjured it up. The Negro Southern League Museum chronicles the triumphs of the forebearers of today’s celebrity Black athletes, literally competing for recognition and representation. And then, of course, there is the food here. The culinary traditions here are just as important, literally nourishing the community day after day.

While many folks may look for the best soul food in Birmingham in a historic down-home kitchen or fancy downtown establishment, you may be surprised to hear that some of the best meals here are served on wheels. The food truck scene is a foodie mainstay that warrants following both on social media and throughout the roads these mobile maestros of stove and grill journey over. Are you ready to take a bite out of the best food trucks in Birmingham? Try these eight to start! 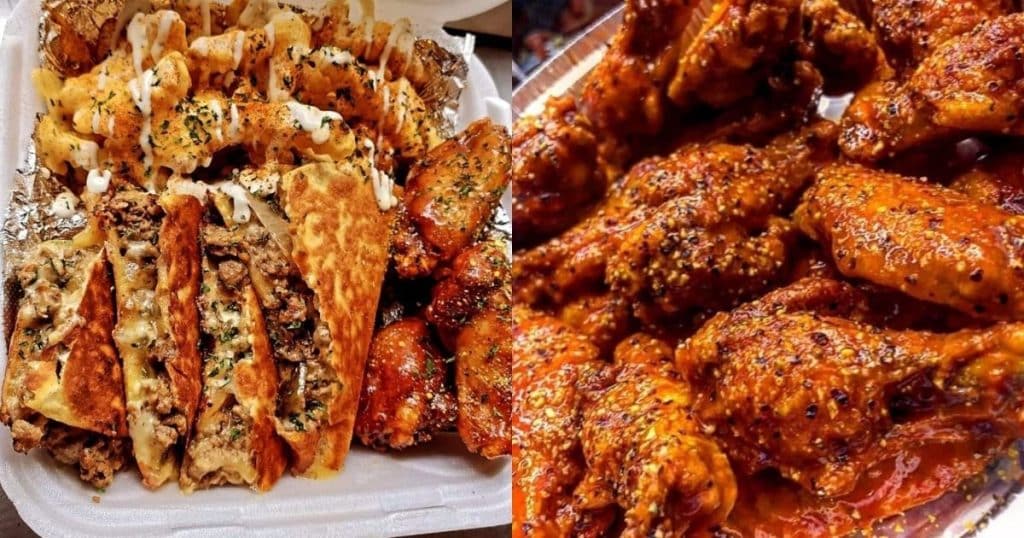 This local soul food carryout in Birmingham has grown quite a following. And when you chew on their grub, you’ll understand why! This Black-owned business features Careese Agee’s signature wings to start. But then you get into the fried okra, fried green tomatoes, and, well, you get the picture. And here’s a fan tip: Keep your eyes open for a permanent restaurant site coming soon for this amazing truck! 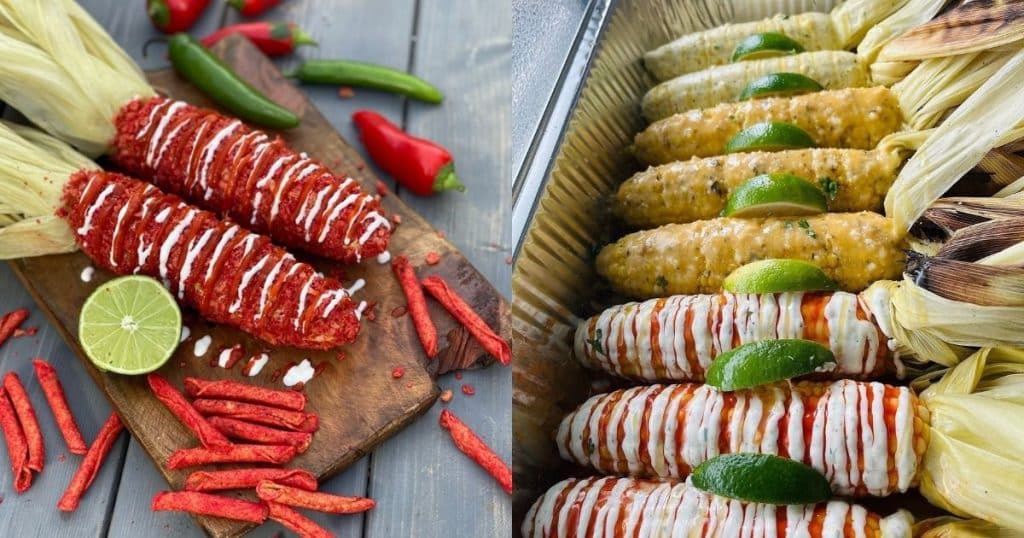 When is it a good thing to be “corny” in how you express yourself? Well, at the Aww Shucks food truck, you can go against the grain and say, “yes, we cob!” If you haven’t figured it out, this one is all about serving up classic street corn. Founders Avrie and Phillip concoct unique fire-roasted corn recipes and cobs that are meals unto themselves, grease-free with an eye to wellness, and all at reasonable prices. Go with the famous Mexican style or mix things up with selections like Tony’s Teriyaki or Creamy Lemon Pepper. You could say there’s a literal “maize” of offerings to wind your way through! 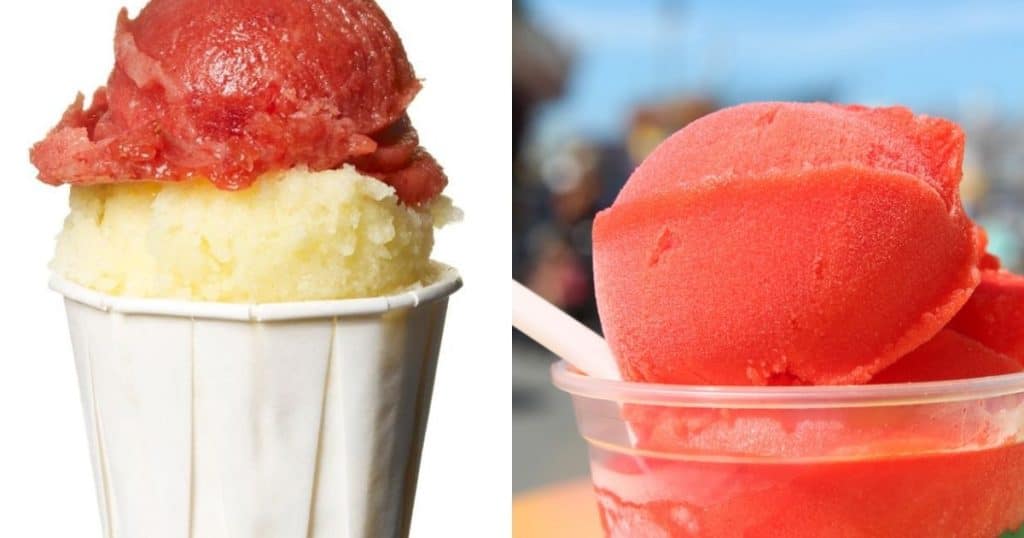 Is there anything better than a sweet treat to polish off a nice meal? Or maybe a nice cool offering to simmer down a hot day or post-workout crash? Deb’s Italian Ices fills both of those orders and more! Literally crushing it with astounding flavors, be ready to give your palate the ultimate reward for your hard work. Choose from a veritable rainbow of flavors, including Green Apple, Cotton Candy, and, well…Rainbow! They’re still working on their social media presence, so be sure to give them a call to find them. It’s worth it! 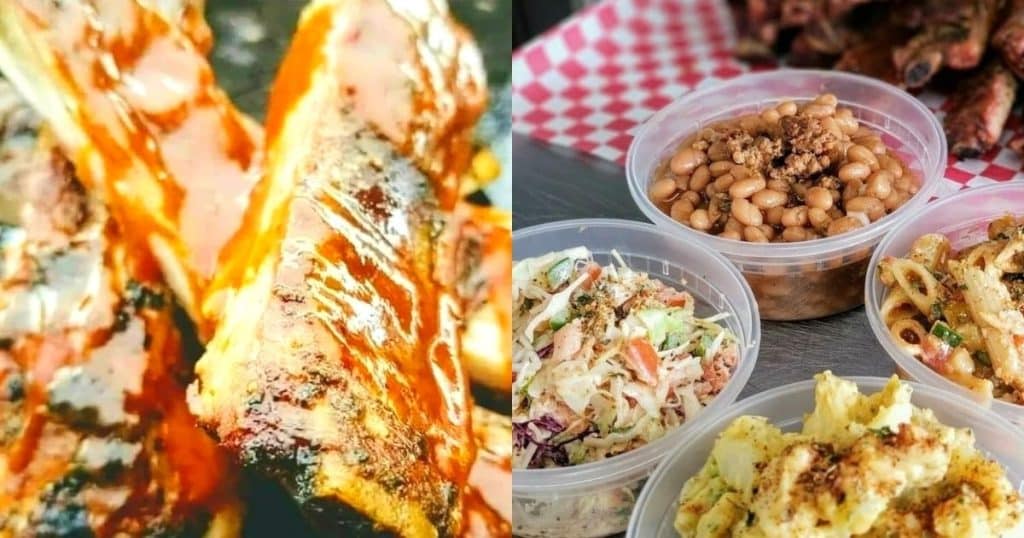 Embracing the erstwhile unpleasant nickname she was given for her skin tone, proud Black business owner Nelesha Dale empowered her food truck by affording it this standout moniker. Since 2017 “Dirty Red” Nelesha has seen happy patrons lining up at her Birmingham-based Dirty Red Food Truck and its whopping Philly steak subs, Polish sausages, and Loaded “Dirty” fries, of course! Whatever else happens on your visit, be sure to save a little space for the lemon pound cake. 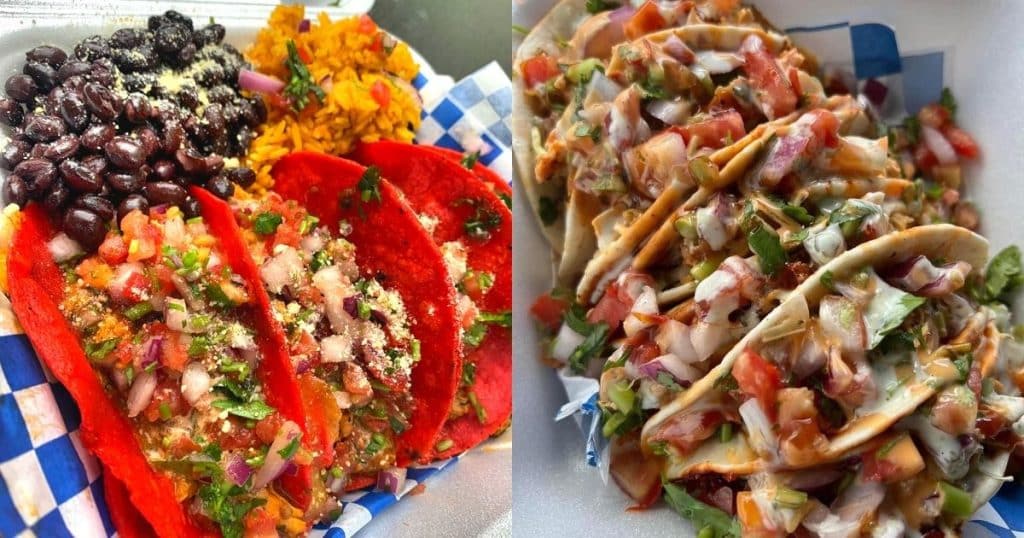 Sustainability, great food, community, and … tacos? Yes, that’s what Fat Charles BBQ is all about, and they’ll tell you that right on their website! But it’s not just about the Mexican feel here, y’all. Chef Charles Pilot and his family business have taken the Birmingham foodie scene by storm with his fusion menu of south-of-the-border favorites. Check it out: We’re talking beef brisket tacos and overstuffed quesadillas. But then there’s some of the best soul food in Birmingham, like pulled pork, spare ribs, and mac n’ cheese. You can go anywhere here but hungry! 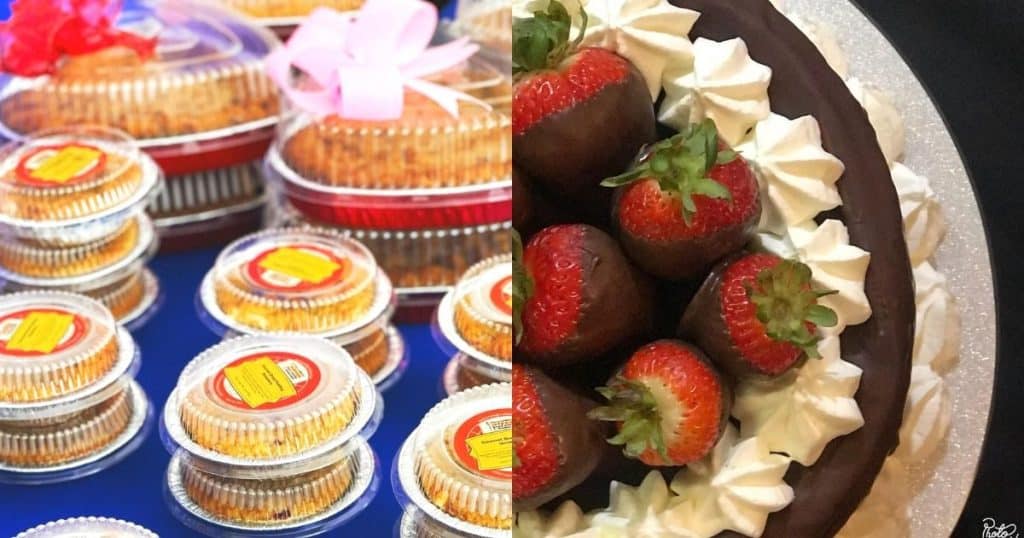 We love our next entry in Birmingham’s best food trucks list, but please: Do not tell your dentist or dietician about this one! LeShore’s Gourmet Bread Pudding and Cheesecakes may not follow the doctor’s orders, but they will make your tummy happy! Namesake chef Ivory LeShore III is an Alabama native committed to creating gourmet foods, and his emphasis is definitely on dessert. He’s got bread pudding flavors that range from yellow squash to white chocolate. And when it comes to cheesecake, slices can go with traditional strawberry or full-on banana pudding. Be sure to order a tall glass of milk to go with it! 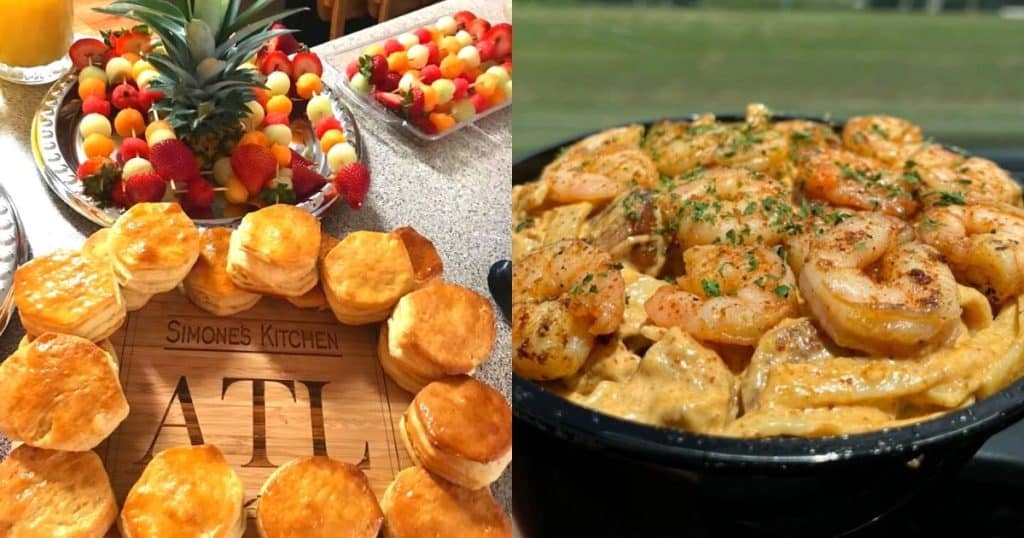 This proud Black-owned business is the brainchild of self-taught chef and culinary artist Chef Simone. For her, presentation is as important as the recipes themselves, and it shows even on her food truck. Ready to dive into some seafood-stuffed grilled cheese? How about an order of Bayou fries loaded with shrimp and jalapeños? With a full-on Cajun infusion in just about everything on the menus, you will walk away feeling like you’ve been fed on pure Mardi Gras with a touch of jazz! 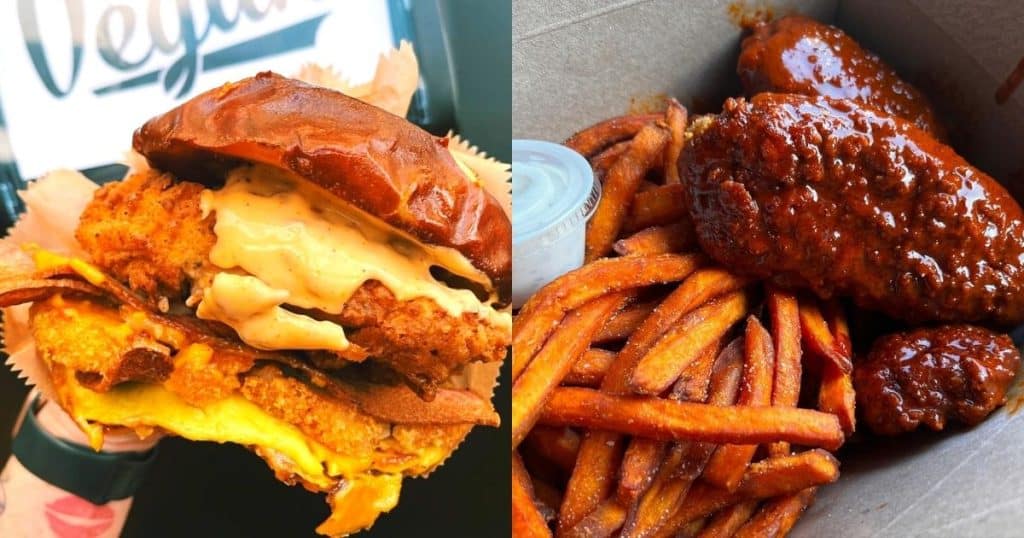 Because not every meal needs to have meat in it, here’s a tip on some of the best vegan food in Birmingham. Proprietress Khalilah Sowell is fully committed to the plant-based foodie lifestyle, having been inspired by items like vegan shrimp. She’s also very into offering her employees a living wage, giving back to the community, and making sure everything she serves is sustainably sourced. Check out favorites like the “Bakun Cheezburger” and “Skrimp Po Boy” just to see how tasty it can all be. And, oh yeah — don’t forget to finish things off with an Oreo shake! 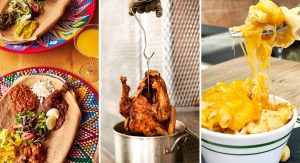 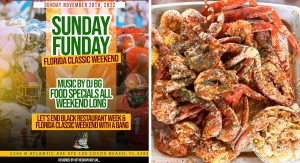