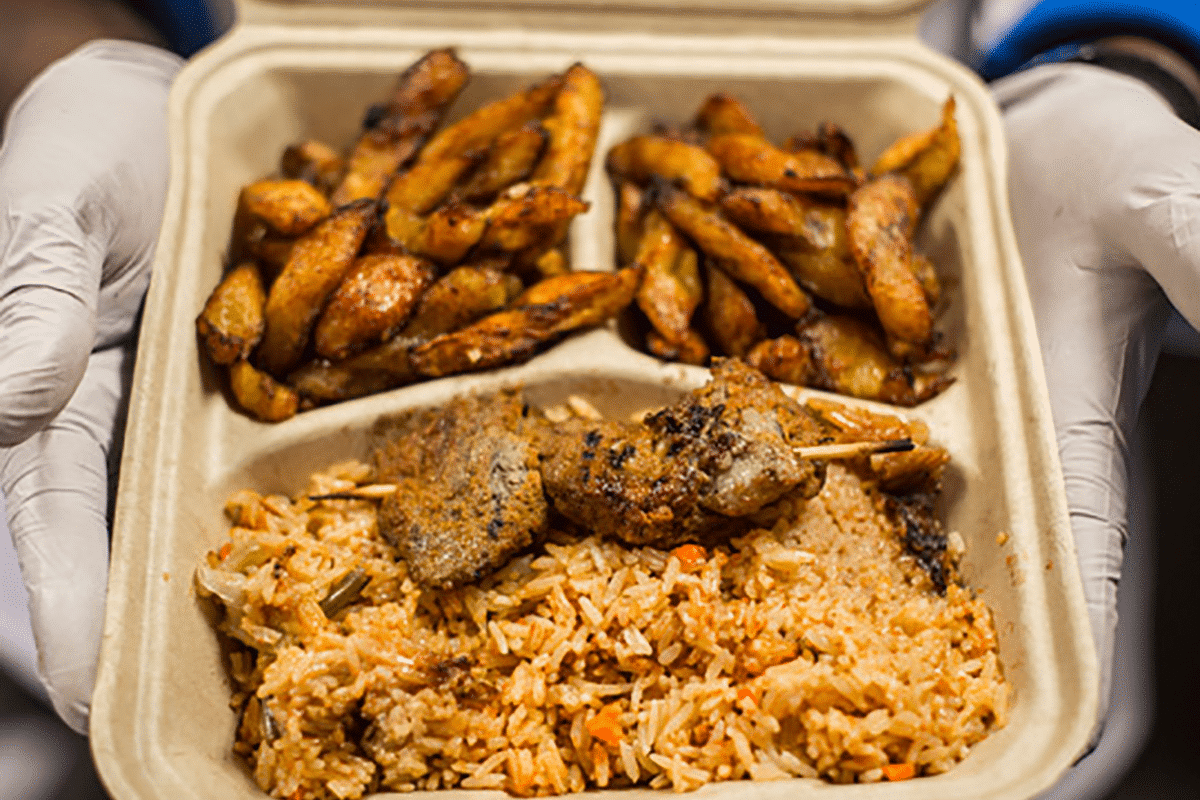 Posted at 12:52h in Follow Your Fork by Jada Smith 0 Comments
0 Likes

64 years ago, Britain’s Union Jack was lowered and Ghana’s billowing Black Star flag appeared on the horizon. Red, gold and green with a black star in the center, each color was symbolic: red for the blood that was shed in the fight for independence, gold for the country’s rich mineral resources and green to signal the rich forests and natural wealth. The black star represented the emancipation of Africa and unity against colonialism.

Though Ghana is a relatively small country – about the size of Oregon – its Independence Day on March 6, 1957 had colossal impact. As Dr. Martin Luther King said in a radio interview after attending the nation’s first Independence Day celebration, it “will have worldwide implications and repercussions – not only for Asia and Africa, but also for America.” Indeed, just three years later, 17 other African countries declared independence in what was called “The Year of Africa,” and in 1964 the Civil Rights Act was passed in the United States. Those Pan-African ties remain to this day, evidenced by the “Year of Return,” which summoned many Black millennials from across the Diaspora.

Now, despite recent headlines about state repression against the LGBTQ community, Ghanaians everywhere will be celebrating the vision of African liberation that was symbolized on March 6, 1957. Although, according to Chef Prince Matey of Appioo Bar and Grill in Washington, DC, there’s no official Independence Day food, the smell of waakye, fufu, light soup and, of course, jollof rice is sure to be in the air.

On March 6, we honor the raising of the Black Star flag and all that it’s meant for the history of Black people throughout the Diaspora. Check out our list below of 5 Ghanaian restaurants & food businesses where you can grab a traditional Ghanaian meal in celebration! 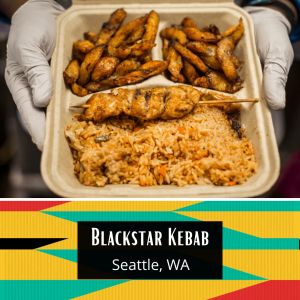 According to owner Priestwick Sackeyfio, Blackstar Kebab is a “dream come true,” as he gets to make traditional Ghanaian family recipes for people who’ve never been experienced them before. Blackstar is a food cart that uses high-quality, organic ingredients to create dishes like jollof rice; beef, chicken or lamb kebabs; plantains and more. In addition to operating at locations throughout the Seattle area, they’re also available for parties and catering. 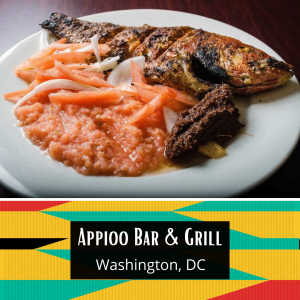 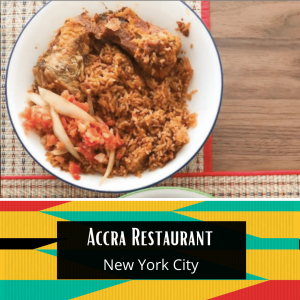 According to Eater, Accra Restaurant is Manhattan’s only Ghanaian restaurant. It’s great for first timers to the West African culinary experience, as the buffet style allows customers to try many different options and the cooks are known to recommend combinations for those who are unsure of what to get. Check out their yam porridge, stew, debbi lamb chops, baked bluefish or waakye. 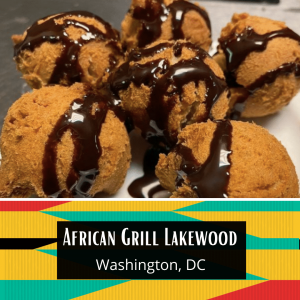 African Grill Lakewood has something for everybody – vegan, vegetarian, keto or carnivore – as they don’t cook with any dairy, flour or sugar. In addition to their authentic Ghanaian root drinks, bitters, kelewele and akara, they also have dishes from other countries and cultures in Africa. They feature South African pap, East African chapatti, North African couscous and cassava dishes from Central Africa. Once dine-in service resumes, check out the drummers and dancers who often perform on their patio.

From the “spicy and tasty to the downright mind-blowing,” Afrikiko specializes in authentic West African cuisine. They’ve been serving lunch and dinner to Houston area diners for more than 15 years, available for lunch, dinner and catering. Try their dry fish, okra or peanut butter soup.